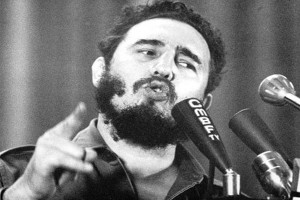 The Commander in Chief announced, to the leaders of the Communist Party, of the Committees for the Defense of the Revolution, student leaders, the unions, and the Women’s Federation, that the time had come: “this moment is one for embarking on an all-out, powerful, Revolutionary Offensive.” END_OF_DOCUMENT_TOKEN_TO_BE_REPLACED