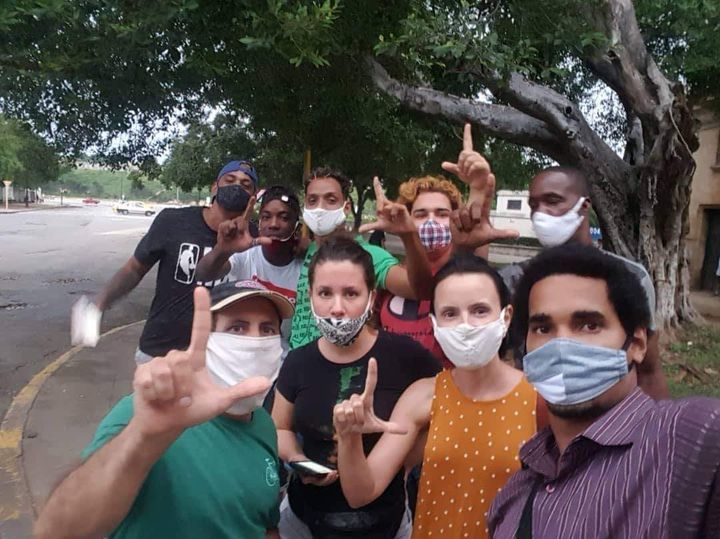 Artículo 19 and Cubalex — Article 19 strongly condemns the wave of arbitrary arrests that have been taking place since Thursday, November 12, against independent journalists, human rights activists and political opponents in Cuba. These events have been accompanied by interrogations, threats, seizures of work equipment, beatings, among other assaults.

The aggressors have been agents of the Cuban State in their official capacity, belonging to the organs of State Security (Seguridad del Estado), Military Counterintelligence (Contrainteligencia Militar) and the National Revolutionary Police (Policía Nacional Revolucionaria, PNR). As part of the modus operandi of these officials, detainees have been transferred to several police stations in the city and have remained missing on average for more than twelve hours.

Arbitrary arrests began on November 12, when a group of activists, journalists, artists and opponents concentrated in the vicinity of the Cuba and Chacón police station, in the municipality of Habana Vieja, Havana, to demand the release of Denis Solís González. He had been arbitrarily arrested a few days earlier and transferred to that police station. In his detention, the most basic guarantees of due process were violated, and on Friday, November 13, it was said that he was allegedly transferred to Valle Grande prison in western Havana for a summary trial for the alleged commission of a crime of Contempt. END_OF_DOCUMENT_TOKEN_TO_BE_REPLACED

These facts constitute a flagrant violation of international obligations for the protection and guarantee of human rights, which the Cuban State has assumed under International Law (Derecho Internacional). It is also a violation of the recommendations made under the universal system of protection of human rights, both by bodies and agencies belonging to it, as well as by other States during the last Universal Periodic Review of the Republic of Cuba (Examen Periódico Universal de la República de Cuba) in 2018. Similarly, the arrests of these persons are violations of inter-American and universal standards concerning the rights of assembly and peaceful demonstration, freedom of expression, the right to individual freedom and security, due process, access to justice, among others.