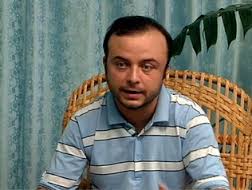 You must have nearly suicidal courage to accuse Cuban State Security, an offshoot of the Soviet KGB which has thousands of officials and millions of collaborators on and off the island, of a double murder.

The accusation comes from Madrid, from Ángel Carromero, of the youth wing of the People’s Party, who was extradited from Havana and is still serving a four-year sentence, having been accused of the deaths of Oswaldo Payá and Harold Cepero, the leaders of the opposition Christian Liberation Movement (MCL), who were his passengers on July 22nd, 2012, along with the Swedish Christian Democrat Aron Modig (who like Carromero was not injured at all).

Modig was deported to Sweden a few days after the incident, and he remembers only that he was asleep at the time, although he has asserted his confidence in the Spaniard’s version of events. Carromero related his story to The Washington Post and El Mundo, as well as on the radio and television. He also confessed all in person to Payá’s daughter, the human rights activist and new leader of the MCL, Rosa María Payá.

According to Carromero, the collision was not an accident (as he had initially claimed on video, coerced and injected with as yet unknown substances). According to him another car pushed them off the road in the east of Cuba, and uniformed and plain-clothes men took the two foreigners by force to a hospital in Bayamo. Hours later, both Cubans were corpses. The Cuban State has never explained who took them all to the hospital.

Although he has no evidence other than some text messages sent from the hospital, his conscience wouldn’t leave him in peace, and Carromero broke a tacit pact with the secret power of Castroism: its State Security. The easiest thing would have been to incriminate himself of “involuntary manslaughter” with his silence. But not even that would have saved him as long as he was a witness: he would still have been a dead-man-walking.

Now, thanks to his voice and Rosa María Payá’s, the world is coming together to call for an international investigation into the violent deaths of two peaceful human beings with no criminal records. The truth will set us free. Thank you, on behalf of Cuba, Ángel Carromero.