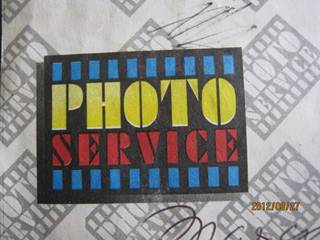 I felt wiped out when I got there after having waited for more than three quarters of an hour for the Route 27 bus. I finally gave up and opted instead for an almendrón—one of those cars from the 1940s or 1950s that are virtually the only available form of transportation these days and that cost ten pesos per passenger. I needed to get some decent photocopies for travel documents for a friend’s son. She is living outside the country so, in her absence, she gave me legal authority to act on his behalf.

The Foto-Service shop in La Rampa, which offers these services, is partially air-conditioned and was almost full. There were six people waiting for documents. Seeing that the shop still had enough room, I opened the door and went in. The employee who was in charge of the photocopier immediately told me to leave. “If you come in here, it could shut down the system. There are a lot of people breathing in here,” he said.

Before obeying his order, I replied, “Do you really think I can shut down the system just by breathing? Look, the system will fall apart by itself and not because of me.”

Then the employee, in a very arrogant tone, said to me, “Nothing is going to fall apart here.”

“No?” I said. “Well, Havana is falling apart! Tell me where you got your glasses so I can get some for myself, because when I leave my house, everything I see is deteriorated or destroyed.”

He remained silent. I went into the adjoining non-air-conditioned room. Later, when it was my turn, I went back in and the man in question said to me, in front of all those present, “There is a lot of deterioration in the world, Señora.”

“No doubt,” I replied, “but what most concerns me is the deterioration of my city and my country.”

He said nothing more. He made the copies and we said goodbye, as though nothing had happened. None of those present said anything. No one took sides. Sometimes silence is more eloquent than words.

Later, after I left, I started thinking: If it really did depend on my breathing, it would be so nice to stop breathing for a minute. I would get a few of my friends to do the same.