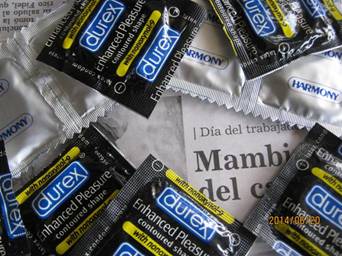 That Cuba is increasingly like Macondo, the mythical village of the novel One Hundred Years of Solitude by Gabriel Garcia Marquez, no one doubts. Nor that our official journalism is a faithful reflection of it.

The two major government newspapers echo each other, the same day, each one dedicating a complete page of the eight they have to the scarcity of condoms in pharmacies. This is not news in any country, including here where the State controls everything, and it could have been solved with a simple informative note from the Ministry of Public Health, instead of filling a large space, with the detailed and unnecessary explanations about brands, sizes, manufacturers, consumption, prices and buying and selling, etc.

Maybe it would have been more convenient to dedicate so much space and so many explanations to more important questions that affect Cubans but which, however, are ignored and treated superficially.

But there is more: For “Forest Workers Day,” Trabajadores (Workers), a weekly publication, presented an article under the title “Charcoal Mambisa,” dedicated to a 63-year-old lady who has devoted herself since she was 25, ax and machete in hand, to chopping wood, transporting it in a cart, and building charcoal furnaces. She is presented as an example of gender equality and the achievement of social emancipation of women.

Although all work deserves respect, I don’t consider this an attractive option for men, let alone women. Regardless of the love of the land and the mountain which, according to the journalist, this woman professes, at her age she should be resting or, at least, engaged in less difficult labor, especially when fifty-six years have transpired since the Revolution.

This reminds me of Macondo, when the Gypsies first arrived with ice and ice cream. Gentlemen, we’re in the 21st century!