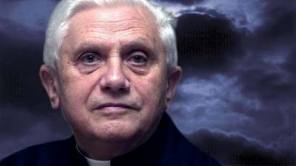 A few months ago, when former President Jimmy Carter visited the island, he was interviewed by a Cuban television journalist. The interview was too forced, with constant leading questions: Carter ended up calling directly for the release of the five Cubans convicted for spying, and disparaging the sentences imposed by the United States government. The result was counterproductive, no one could take very seriously a mediator or emissary who showed he was biased.

Although the official media have rejected “in theory” any attempt to politicize the visit of Benedict XVI, the reality is different. The newspaper Granma, on March 21, launched a tendentious message a few days before the arrival of the Pope, revealing the main objective the government is pursuing with this visit. The front page contains a left column that covers most of the sheet and is titled Blockade Against Our Homeland. The right column is headed by the title of an article which then appears on the center page and is titled Another Chapter of Disrespect and Falsehood; the issue is the alleged slander and falsehoods raised by those trying to destroy the Revolution and show a distorted image of the country. Of course one can not miss the insults to everyone who does not share the official view, something that continues to show the lack of moral strength and low political stature of a system in deep crisis.

It is clear that the government’s main objective for the Pope’s visit is not to eliminate all prohibitions against the church so that it can fully perform its pastoral work, let alone from faith in a process of greater openness and dialogue among all Cubans, but rather to seek legitimacy from the Vatican and especially to enlist its support to remove the restrictions that our northern neighbor has placed on the current government. In other words, to manage the time and financial funding to transmute itself. Power in Cuba is drowning in a moribund economy, and facing an adverse situation it urgently needs a lifeline. That and no other is its main priority.

But they have asked not only this from the Pope, now they have “suggested” via multiple pathways, including Cuba’s ambassador to the Vatican, that he ignore Cuban civil society, especially those calling for changes to a democratic society where individual rights are the central focus. This request demonstrates the narrow vision of a government intellectually and politically decapitalized. Unfortunately, Power is not acting alone, events have shown that they can count on the support of Cardinal Jaime Ortega, who from his hierarchy is heavily damaging the credibility of the church not only to his faithful, but also to civil society. The Cuban church hierarchy should take note of actions such as those of the Anglican Archbishop Desmond Tutu, a man of faith, whose moral force marked a milestone in a process of national reconciliation.

Legitimacy in Cuba rests not a government that disregards the rights of its citizens, but in all those who call for a democratic system where full respect for individual rights and freedoms dictate social dynamics. Those who oppose this basic principle, under whatever pretext, become a part of the retrograde and reactionary.

Our country needs mature and astute political actors who visualize the transition to democracy as an urgent and indispensable step. We act, therefore, at every moment, conscious that we are living this process. Democracy in Cuba, we are creating today.

Antonio Rodiles is one of the founders of the Estado de Sats.  This article is from Diario de Cuba.