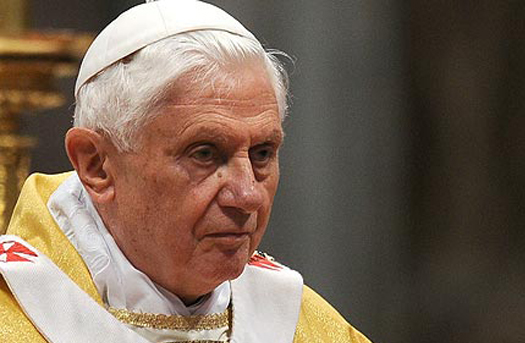 To the already boiling cauldron that awaits Benedict XVI on the tropical island he will visit this coming March, another definitive ingredient has just been added: A too possible death. Unfortunately probable.

If it was complex to step on Mexican soil where, according to official figures, 47,515 people have lost their lives since Felipe Calderon declared the war on drug trafficking in 2006, at least the Pope had a countervailing reality: It’s a democracy. And in democracies, one can pray for the victims, call for peace, criticize the incumbent president. Without major complications.

It’s another kettle of fish when the papal visit makes landfall in the world of dictators. There, the world is turned on its ear, eyes are ready, as if at a fair, sniffing, questioning and observing how the saint conducts himself. And His Holiness knows that whatever he says or does not say will be urgently used by the dictators, or their detractors.

In the troubled reality of a country where hundreds of political prisoners cry out for justice from their cells; where women are beaten by unscrupulous police in uniform or in plain clothes; where too many controversial deaths have occurred in a couple of years (Zapata, Juan Wilfredo , Laura); is now added what could be a black harbinger of his visit, too shocking to be ignored by the Vatican: Wilmar Villar Santiago Mendoza, ready to die at any second.

The political opponent, sentenced to four years in jail for contempt, resistance and attack (yes, those euphemisms by which the Cuban Penal Code defines the act of public protest), is reported to be in very serious condition after more than 50 days on hunger strike, and according to testimony from relatives, “only a miracle could save him” from the terrible complications of pneumonia.

Miracles do happen, we know. But too sporadically. And if you’re not in the hands of the Pope — relying on his exalted credentials — to ask for a miracle for this poor Cuban on the verge of death, makes the labyrinth of Pope Benedict XVI, I believe, even more intractable.

Why? First, because if he finally meets the archaeological Fidel Castro, a symbolic leader with no official power today, there would be no justification not to meet with the Ladies in White or some of the dissidents who have asked for attention from the Papal Nuncio. I do not think that in just three days of hectic travel the 84-year-old man has time for both.

Second, because if it was already scandalous for a representative of universal peace and harmony to visit a country with one of the largest prison populations in the world, where political opponents have died in hunger strikes or in circumstances never clarified, and not to ask publicly and forcefully about them, it would be unforgivable to arrive in a country where only weeks before another dissident has died from a horrible hunger strike, and to remain silent.

The critical condition of Wilmar Villar Mendoza has given a brutal slap to the table where both sides receive his letters: on one hand the Catholic Church, with its absolute guide stepping on Cuban soil, and on the other the Cuban government represented by the evil alter-ego of Fidel Castro that is his younger brother.

Because the Vatican could announce without shame that its relations with the Cuban government have improved markedly in recent years, when even Secretary of State Hillary Clinton acknowledged in her 2010 annual report on religious freedom in the world that Cuba had shown remarkable progress in this regard, and when 75 political prisoners were released thanks to the efforts of the church. But (unless the miracle asked for by Wilmar Villar Mendoza’s doctors takes place, I repeat) I do not think the Pope wants to carry the same eternal stigma that Luiz Inacio Lula da Silva will carry, having visited the island when Orlando Zapata had just been buried, and having kept an embarrassing silence in this regard.

The families of the brave Santiaguan will be the only ones to weep with real pain if the end that they themselves, devastated, have predicted comes to pass. But for elementary practical opportunism, I don’t know who desires more that this young man — crushed by a hunger strike — recovers his health at the last minute: the satraps of my country, or Benedict XVI.