In my world, those who leave their native land become strangers even if they are winners.

Fourteen years ago Yoel Gutierrez arrived in Chile. A Cuban athlete with excellent results in national and international events, although his participation in some of them was frustrated for reasons of politics, not sports.

Time passed and Yoel was approaching the age at which an athlete must retire. He was running out of time, seeing his dreams of a championship frustrated.

He was born in 1971, the youngest of three brothers. At that time there was nothing left of the comfort his family had enjoyed when his father, a talented trumpeter, had been a member of the band of the Army of the Republic. Yoel said that his father, at the time of the triumph of the Revolution in 1959, told his wife and children, “Take care of your clothes and shoes, because in twenty years there will be nothing left in this country. He also advised them to leave the island. None of them did, and he himself never left.

At age six Yoel left his parents’ home, recruited by a coach to be a part of a special program for elite athletes. This separation, he says, marked him.

For Seoul in 1988, at the peak of his career, he missed an opportunity for an Olympic medal because the government of his island decided not to send a delegation to the games, citing lack of security.

After many competitions in several countries he decided to remain in Chile illegally, leading to many troubles. He had to sleep in several places where he was offered refuge. He did work that had nothing to do with his training in sports, but he never quailed.

One day he discovered Tomás González in whom he saw a future champion who was not receiving adequate training. Yoel offered to train him, without any salary. He suffered many misunderstandings because of his character and his methods, but finally, his efforts bore fruit: He put a Chilean athlete on the highest podium. Never before had this country had a champion: two gold medals and a world cup, as well as being proposed by the President of the country to carry the flag in London in 2012.

All this, says Tomas, he did as the Cuban coach who taught him had done: “The bronze medal is fine. Silver is recognized. The gold is the priority. If you get a quarter, why did you go?” 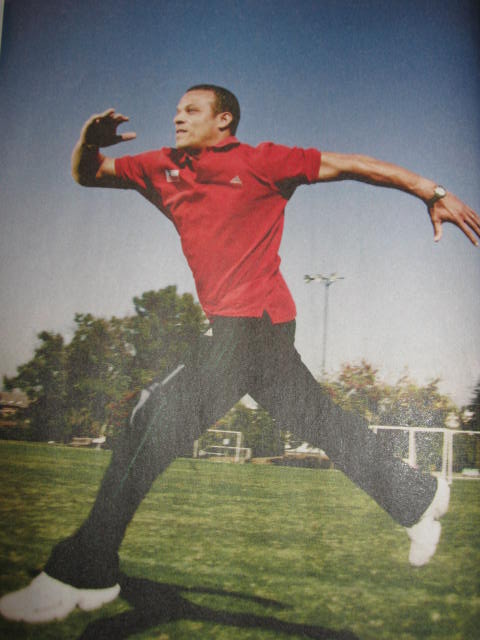