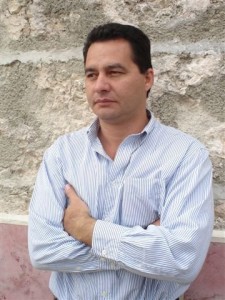 (THE RETURN OF MARTIN FIERRO)

Whoever is a friend,
never leaves him in the lurch,
but doesn’t ask him for anything
or expect everything from him:
always the most loyal friend
is honorable conduct.

Where are you Knight (dashing ones?)?

Angel Santiesteban is going to jail. So simple.

The Cuban judicial system shows, once more, that justice does not exist for those who think differently than Raul Castro who clearly is trying to become a Chinese dictator, which is to say, deceptively combining supposed economic and social reforms with greater repression. The fools, idiots and dreamers of good and bad faith who so abound in our world will open their mouths amazed in the face of the “reforms” and shut them once more in the face of repression.

Angel Santiesteban is going to jail and no one is saying anything.

Circulating on the internet are all the proofs that demonstrate his innocence, all the videos where the witnesses confess that they were forced to testify against Angel, to lie in order to create an image of the writer as an offender. And until this moment I have not seen any of the intellectuals who proclaim themselves champions of justice publicly speak against a maneuver so dirty, so low. Their names do not appear, not even to comment on the numerous articles in defense that other people have published these days, since the Cuban judicial system condemned this outstanding writer to five years in jail.