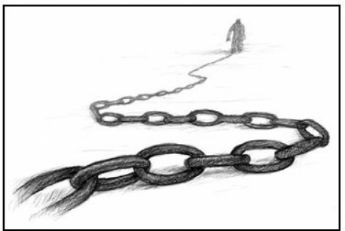 In the Asociación Jurídica Cubana (Cuban Law Association) we are always happy to receive everything which implies more liberty for the Cuban people, without closing our eyes to the problems which continue to be presented by government decisions, especially when there continue to be unclear or arbitrary legal positions.

In the year 2003, 75 people were accused of crimes against the Cuban state. Tried immediately, they were condemned to different and severe prison sentences. During the following seven years they were all freed.

In relation to that something is happening which I would like to share with our readers, but which will require more than one post, and because of that, in this one I want to set out essential introductory elements to help with this analysis

For someone in jail, who hasn’t completed their sentence, there are two ways of waiving the remaining term and going free. They are:

A reprieve applies to one individual person. In order for it to have effect, it is necessary to have an administrative act and a firm sentence and you don’t necessarily have to extinguish the preceding penalties of the individual in question. Normally the possibility of a reprieve (also known as “The Law of Pardon”) rests in the hands of important representatives of the State.

As far as an amnesty is concerned, it doesn’t refer to the penalty, but to the offence itself. It relates to all those who have committed it, not to particular individuals, it extinguishes total criminal responsibility and eliminates the preceding penalties in removing the criminal status.

In he case of an amnesty, it is necessary to pass a law in order to arrange it, and it extinguishes the antecedent penalties of the individuals involved given that it covers all who committed the crime and not particular individuals.

The amnesty is used above all for political offences and not normal crimes.

With these elements, we are ready for an analysis of what has happened.