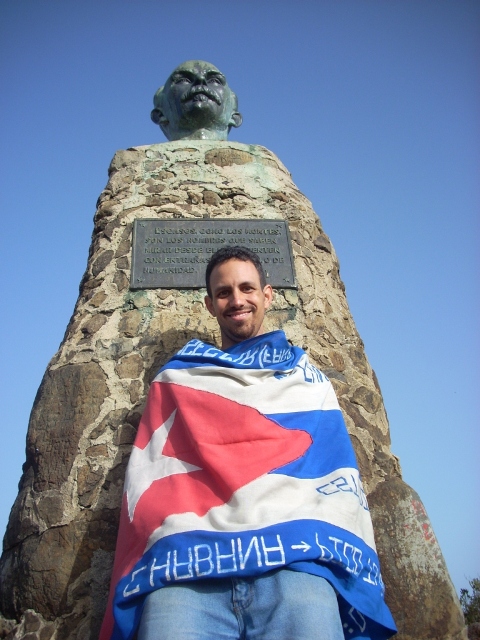 Lilianne Ruiz, 9 October 2015 — Oscar needs visibility to get them to stop bothering him in his work just because he is the person he is and because he defends his identity. Typical of those systems where they try to prevent any participation, initiative, voting, creativity. Imagine what kind of hell it is when those who are violent, idle, less intelligent, those who repress, restrict the freedom of the rest.

This interview with Oscar Casanella, my friend, is late appearing in other media and so I am publishing it in my blog.

Oscar Casanella Saint-Blancard has a degree in Biochemistry and is a researcher at the National Institute of Oncology and Radiobiology (INOR). He is also an adjunct professor of Immunology with the Faculty of Biology of the University of Havana, where he has taught without receiving wages since 2006. Despite all the services he offers to society, Casanella has been continually harassed by the political police from Thursday 5 December 2013, when he planned to throw a party to welcome home Ciro Javier Díaz Penedo, a graduate in Mathematics from the University of Havana and a musician in the punk rock band “Porno para Ricardo,” who has been his friend for twenty years and who was returning to Cuba.

Ruiz: When did the harassment against you in your work start?

Casanellas: Both the Deputy Director of INOR, Lorenzo Anasagasti, as well as Pedro Angulo Wilfredo Fernandez Cabezas, both members of the Communist Party of Cuba (PCC), despite my reputation of 10 years of good work in the INOR, believed the lies of the political police officials that my friends and I were mercenaries, terrorists, annexationist [i.e. want Cuba to become part of the United States] and I continued to maintain friendly relations with Ciro and friends in the opposition that I had met through him. Anasagasti removed me from the post of Executive Secretary of the Forum of Science and Technology of INOR, and he has prevented me from participating in research projects with the centers of the Havana Scientific Center.

He also coerced my colleagues to give him copies of my legal documents, which contain the facts and items violated by the State Security and their collaborators and the letter sent by me to Raul Castro, with an attachment documenting the excellent opinions of me from my colleagues, my neighbors and my students at the University of Havana, claiming that all these documents are enemy propaganda. 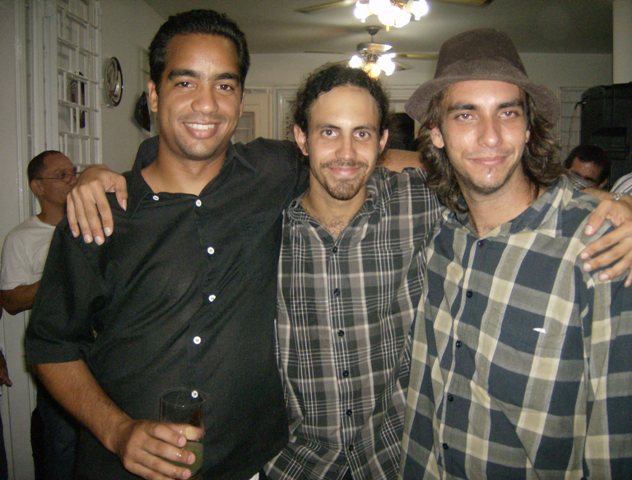 Ruiz: What is your work situation at the moment?

Casanellas: The most recent events are the constraints Anasagasti Angulo is putting on my colleagues. He demands that several laboratory chiefs at INOR’s research department block my access to them with the argument that there is a rule at the center that restricts access to the labs. However, he demands that this apply only to me, not to the rest of the employees who, although they don’t belong to a laboratory can freely enter any one of them, so I feel discriminated against.

I am one of the professors of the molecular biology module, a subject that is taught to doctors who are doing their specialty in oncology, and the person responsible for coordinating the instruction said something very sad to me–distressed and with tears in his eyes–that Anasagasti demanded that I not enter his laboratory, not even to work. This person is very psychologically unbalanced by all the pressure from Anasagasti and is thinking about asking to step down from INOR due to the ethical, professional and personal dilemma, because in addition to the working level we also have a strong friendship.

Anasagasti told another person that he preferred he not do a thesis on which I did the bio-statistic analysis. Despite the pressure, this person allowed and recognized my collaboration on his thesis.

Last year I had planned to teach a course on bio-informatics for researchers and interested workers from INOR and for students from the Biology Faculty at the University of Havana. I obtained authorization from my immediate boss, a classroom was reserved with the teaching department, but Anasagasti didn’t give me authorization. I asked him for a response regarding this negative and he told me, “Oscar, get it into your head that I am going to do everything possible so that you will not have a future in this institution, and I am going to make every step you try to take difficult.”

That is, for the deputy director, his work as a collaborator with State Security — applying the psychological war against me, which has as a secondary effect of a war against my colleagues as well — is more important than researching cancer, teaching and improving the medical and non-medical work of the INOR.

Ruiz: Have you heard anything about the deputy director doing the same thing to other workers?

Casanellas: Yes, Anasagasti showed up with the State Security agents “Victor” and “Mario” on a Sunday last August at the home of Dr. Carlos Vazquez, chief of peripheral tumors at INOR to intimidate him because of his friendship with Manual Cuesta Morua, leader of the Social-Democratic Progressive Arc Party.

Ruiz: Do the conditions at INOR guarantee the best development for the research projects?

Casanellas: I can tell you that many supplies and materials are arranged for personally by the workers. They aren’t provided by the institution. For example, INOR does not provide us with water of the quality required to carry out the experiments. Personally, I have had to go to the  Center of Molecular Immunology in my own car with my own gasoline to look for several gallons of water for INOR research labs, as this center does have the necessary equipment for the purification process.

Years ago we transported cell lines on public buses between INOR and the Scientific Center. The funny part of the story is that in a crowded bus people opened a space around us as a result of my spilling some liquid nitrogen at 196 degrees below zero, which instantly evaporated. People said we were terrorists who were transporting acid.

Imagine that I am doing a PhD in bioinformatics and INOR won’t give me internet access. The chiefs have it. Internet access can already be considered a human right. But here this tool is prioritized for the political cadres, not for the researchers. So I consider myself an off-line bio-informatics specialist.

We recently had the opportunity to publish an article on brain metastases in the World Journal of Oncology Research. The magazine editors ask authors of the selected articles for around $200 USD for the right to publish. When I discussed it with my work colleagues they thought I was crazy, that INOR would never give that amount.

Thanks to my sister, who lives abroad, who paid this amount, we could publish and now INOR’s name appears in an international scientific journal. Everywhere in the world there are institutions that pay the publications who publish their researchers in magazines. In addition, outside of Cuba institutions pay for their workers to have access to scientific journals. We have to ask for help from friends abroad who work in research centers who download items of interest to us and email to them.

Ruiz: Any other anecdotes?

Casanellas: On Tuesday, December 30, 2014 at 11:40 am, I was kidnapped in the INOR by agents from State Security and the PNR (People’s Revolutionary Police). Several members of the INOR leadership left their offices to let the agents use them as they were trying to interrogate me because I had invited several friends to Tania Bruguera’s performance in the Plaza of the Revolution, which for us would have recovered a little of the character of the Civic Plaza [its former name] with the completion of performance.

After an hour, the directors of INOR allowed my kidnapping during work hours and without a warrant. Three police cars took me along with my wife, Eleanne Triff Delgado and my cousin Walter Saint-Blancard Valdes to Tarara. Later after another hour of uncertainty they took us to the Guanabo Police Unit.

I was interrogated by several political police agents, among them agents Victor and Mario, until 9:20 PM. Agent Mario sent us off telling us to be careful because it was night, and the end of the year and there were a lot of accidents.

On the return trip my wife, my cousin and I felt that my cousin’s car, which had also been taken on this journey, had a sound in one of the tires that hadn’t been there before the trip to the PNR Station. When we got to my house we checked it and realized that the bolts that hold the wheel on were making the noise because they were loose.