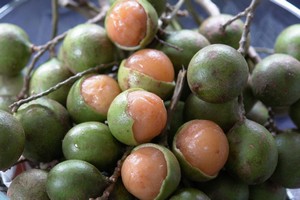 On the afternoon of July 15, 2011, the town of Mantilla, on Havana’s outskirts, was shocked by the death of Angel Izquierdo Medina, a 14-year-old black teenager, who died from a gunshot to the femoral artery by Amado Interian, a retired police Major.

According to the victim’s family members, three boys, including Angel, entered the property of the ex-police officer, to take genips, also known Spanish limes, from a tree. When the ex-cop caught them in the act, he fired two shots from his pistol. Before retiring, Interian had been a police chief in the area.

The child’s body was laid out in the Mauline funeral home, at the entrance of Santa Amalia residential neighborhood. More than 500 people attended the viewing, most of them fellow students, in shock from the news, and also teachers and neighbors.

“Oh my God he was the same age as my son, because a mischief, that only can be done by an extremist”, said one of the spectators sobbing, while passing by the coffin.

Agents of the State Security Forces dressed in civil clothes took over the funeral home because the mourners had been threatening to protest. Around midnight there were incidents reported at the site, without arrests being made. The burial was on Saturday July 16, 2011, at 2 o’clock in the afternoon, in the Christopher Columbus cemetery.

Mantilla is a Havana suburb, with a low income population and high levels of dangerousness. It belongs to the municipality of Arroyo Naranjo, the most violent and poor of the capital city.

So far, we don’t know if the ex-police officer will be prosecuted because of the adolescent’s death. As is usual in Cuba, when things of this nature happen, the official media prefers to keep silent and not to report what happened.

Photo: Mamoncillos. With its sweet flesh, it is one of the most preferred fruits in Cuba. But as with so many fruits, after 1959 they were scarce in the market and could still be consumed only by those who have a tree of Melicoccus bijugatus (its scientific name) in the backyard. The genip along with the sugar apple, soursop, custard apple, cashew, canistel, loquat, plum and apple banana, is listed as one of the extinct fruits after Castros took power. Years after this barbaric event — one of the tasks of the ‘famous’ Che Guevara’s invasion brigade was to uproot fruit trees from the fields where it passed by — little by little the fruits started to reappear again — mangoes, guavas , mamey and avocados — among others fruits that have been always been greatly eaten by Cubans. With the only difference that before the bearded men, with 10 or 20 cents you could buy a mamey or an avocado and now days you cannot find them for less than 10 or 20 cuban pesos. (Tania Quintero)

*Translator’s note: Melicoccus bijugatus, commonly called Spanish lime, genip, genipe, quenepa, mamoncillo, limoncillo, it is a one-inch, round fruit with a green leathery skin at maturity. Each fruit has a large seed inside, the same ovoid shape as the fruit itself , the seeds have a fleshy tan-coloured edible sweet and juicy seed coat.