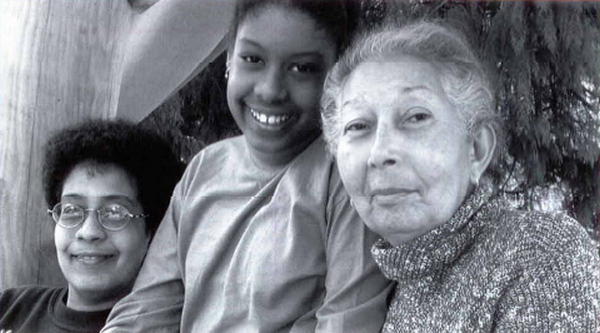 When I heard through the BBC that Amy Winehouse had been found dead in her house in London, the first person I thought about was my niece, Yania. I’ll explain.

It’s because in the choir of her secondary school, in the year 2006-2007, her teacher not only selected Yania to be a soloist, but she proposed a song much heard at that time: Rehab, written and sung by Amy Winehouse.

Yania’s teacher thought that with Yania’s deep voice, she could sing a good version of Rehab. And she did. Her grandmother – my mother – told me that a rumor spread throughout the school, based only on the choir practice, that there was a student (13 years old at the time), “who sang like Amy Winehouse”. Apart from the typical adolescent hype, she had had to sing Rehab dozens of times, requested by school mates, teachers and relatives.

The first ones who were surprised when they attended the school concert were her mother – my sister – and her grandmother. She came on at the end and as soon as she was announced, applause broke out. And when she finished, people were stomping their feet, whistling and yelling “Black Power”: Yania, my niece, was not only black and pretty but was also a good girl with her head well-adjusted. This is something her family, friends, and neighbors of La Vibora, the neighborhood where she lived in La Habana, are proud of.

At this effervescence of enthusiasm for the ‘Black Power’ in Lucerne, in some way influenced by the fact that, thousands of miles away from Switzerland, in the United States for the first time an African-American had a chance to win a presidential election, that he eventually won.

I have not had a chance to hear the full version of Rehab that Yania sings, only one verse, which she sang to me over the phone. It’s a shame that my mother or my sister didn’t have a digital camera that day. Or, better yet, a video, to record it. Although in the photo gallery of the high school you can still see it, so Tania told me. If it is possible, I will ask that she put the link here (it is one of the rehearsals, with Yania in the purple and white pullover).

From the chorus of eighth graders, she became a soloist, but refused to be typecast with Winehouse, and, with the approval of the music teacher, she interpreted Hometown Glory, by Adele, the British singer-songwriter who then wasn’t as famous as she is now. In ninth grade, the third and final year of high school, she sang Sunny, which had its greatest popularity in the years when her mother and I were born in a hospital in Havana.

After that one day when she was able to gain a foothold in the difficult and competitive world of music, my niece Yania has had her feet on the ground and now strives to finish high school and college in Switzerland, her second homeland.

Photo: Jutta Vogel. From the interview conducted by journalist Dominique Schärer and published in September 2004 in Amnesty magazine with the title “Ich habe eine grosse innere Freiheit” (I have a great inner freedom). It was taken at a playground near her home in Lucerne. Yania appears between her mother, Tamila Garcia and her grandmother, Tania Quintero.

Note from Tania Quinero: When Ivan sent this account, I did not know that Yania had dedicated a post to Amy Winehouse, in my blog. On June 3, 2009, the day she turned 15, Ivan wrote The 15 years of Yania. He left it that day on the blog ‘From Havana’, but all blog posts published in 2009 ‘mysteriously’ disappeared. It will be reproduced in his new blog. Meanwhile, I copy them from the beginning: “My niece is a black girl, almost as tall as Michelle Obama, and with a voice like Amy Winehouse. She is called Yania Betancourt García and her 15th birthday is on June 3, 2009. Since 2003, she has lived in the peaceful city of Lucerne, Switzerland, with her mother and grandmother. She studies in eighth grade in a secondary school, with students with better grades. In her spare time, she sings with a group of teenagers, where her deep voice has the unmistakable stamp of her African ancestors. The band, her classroom and her friends are like a mini UN: Tamil, Serbian, Croatian, Filipino, Swiss … and she, a Cuban, born in 1994 in the special period, in the neighborhood of La Vibora, La Habana.”