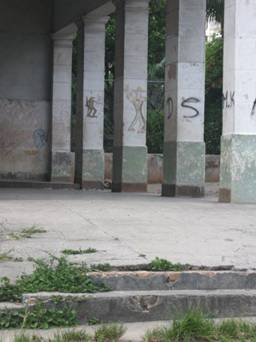 The subject of lost values, poor education, a lack of respect, coarse and vulgar language, violence in the street and a lack of social discipline remains a popular topic in our impoverished society.

Though late in coming, calls by the authorities to reverse this situation continue to be made through official mass media outlets but the population seems not to be taking notice. Rather than getting better, the situation continues to deteriorate. For evidence of this one need only walk through any neighborhood and stroll through its streets to find raucous screaming across street corners, swear words and obscenities, badly dressed people, filth and environmental degradation.

There are those who argue that one has nothing to do with the other, but that does not quite seem to be the case. Normally, people are formed by their surroundings, though — as with anything — there are exceptions to the rule. When vulgarity gets confused with modernity and becomes customary, it becomes very difficult to eradicate it.

Poor education over the course of many years — both in broken homes as well as in schools — combined with an official culture of intolerance and violence, which has been both widespread and supported by the general population, has helped in the establishment and consolidation of these many ills.

Today we are concerned, but the concern has come quite late. It will take many years of peaceful coexistence, of citizen involvement, and of education by both families and schools to achieve results. The existence of a truly democratic society is also essential, a society where the rights and responsibilities of citizens are respected.