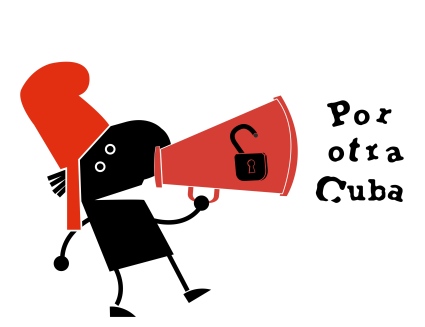 Oswaldo Payá has died and, despite his death, his enemies don’t hesitate to throw dirt on his corpse and present him as a reprobate.

Whether his death is the result of an accident or of a machination, it’s clear for those of us who knew him, the class of person he was, and that up to now his Varela Project has been the only one with the virtue of having shaken the government to its foundations.

In the Republic of Cuba sovereignty resides in the people from whom originates all the power of the State, says article three of the Constitution in force in the country.

Faced with the almost twenty-five thousand signatures that Payá presented, our government  of 54 years felt itself in danger, because these signatures represented a fraction of that sovereignty.

And now, again, that sovereignty is standing up to raise another petition, also covered in article 63 of the Supreme Law, only on this opportunity this new request is called the Covenant on Civil and Political Rights and the Covenant on Economic, Social and Cultural Rights of the United Nations.

The promoters of this campaign are demanding: given that the government offered a first signature in this direction, it should ratify these important documents of the international community and even the Optional Protocols, because only in this way is the government going to offer a serious manifestation of its will to change.

But what will happen if the organizers of this new campaign manage to collect 100,000 signatures in support of their petition that the government ratify these Pacts that they signed in 2008 in the city of New York?

Will the government refuse to respond publicly before such a great manifestation of the popular will?

Will it say that these signatures should be “authenticated by a notary”?

Will it adopt the position of Libya or Syria charging that the signers are “paid from abroad” to destabilize the “socialist” government?

Will it persecute and imprison the activists of this new citizen request like it did the 75, alleging a new media campaign against the Cuban people by its “eternal” enemy?

Cuba is a member of the U.N. We suppose, therefore, that its government is in agreement with with the universal principles and tenets of the Organization and does not repress those who support these same criteria. But in the current national reality, anything is possible.

The disenchantment of the nation is obvious as much as they want to hide this reality; on the one hand the current leaders do not appear disposed to any dialog with their opposition while the country collapses before our eyes, and not only its buildings when it rains a little. On the other hand, the promoters of this new popular motion appear disposed to assume their civic responsibility to its ultimate consequences.

If I’m not mistaken in my views, then, for Cuba, Alea jacta est (the die is cast).