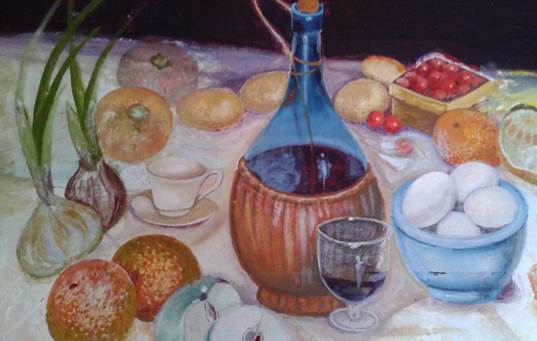 Rebeca Monzo, 16 December 2016 — After the nine days of national mourning, we thought we were going to be able to breathe a little peacefully with our Christmas celebrations among family and friends, because at the state level these are practically ignored.

Once again we were wrong, committing the mistake of getting the idea that the government would allow us to enjoy a little happiness at the end of the year, but this is not the case.

All the popular parties that are normally programmed have been cancelled, among them the largest and most anticipated: the traditional and extremely famous parrandas.

The TV continues on with its mourning and is supersaturated with obsolete ideological messages. The presenters and announcers continue to dress austerely in mourning, or half mourning, as do the signers and groups of officials, along with the extremist representatives of the culture.

The Cuban people, in general, have turned their TV sets into monitors, where they connect flash memories or DVDs with copies of the famous Weekly Packet, which has every kind of foreign program like movies, series, soap operas, competitions, and so on, because there is nothing agreeable or new to see on the state programming.

Now, to top it off, it is strongly rumored that the sale of alcoholic beverages will again be prohibited in stores and restaurants — as it was during the official mourning period — starting on the 21st of this month and running to 2 January 2017, with its disagreeable consequences, already experienced during the mourning period by those who disobeyed the edict.

So, without taking into account public opinion, as is their way, the government, which doesn’t feel secure, imposes on us after the 9-days of mourning, a grief that might last until January 2nd, a date on which they will celebrate with a military parade in honor of the fallen, who even after his death appears to be governing.

An added note: The webpage “compradetodo” (purchase everything) from the Cimex Corporation — the state company in charge of imports and exports — announced yesterday that the dinner and drinks packages sold would be cancelled, although the national TV news, last night, in contradiction to this publication, assured that these offerings are guaranteed.