HAVANA, Cuba, October, www.cubanet.org – Cuba has been suffering a fertility crisis since the late seventies. And although voluntary abortion is legal, it is a problem because the island’s birthrate is below the replacement rate, with a consequent aging population.

Abortion is also a health problem, as it is used by young people as the main method of contraception.

There are young women who have had three to six interruptions. According to statistics from the National Fertility Survey (NFS) in 2009, 21% of Cuban women between 15 and 54 years have had at least one pregnancy which ended in induced abortion or a “menstrual regulation.”

Such behavior, the study indicates, is sustained by “confidence in the Cuban health system” and the right of access to such service. However, it is necessary that the public, especially young people, understand that voluntary abortion is not a method of contraception.

At the root of the problem is the increasingly earlier onset of sexual intercourse, promiscuity, the little and poor use of contraception. This brings a pregnancy which, in turn, brings an abortion, and, ultimately, infertility, as well as problems such as ectopic pregnancy, another cause of infertility in women, cervical cancer or whose occurrence is increasingly frequent at early ages. 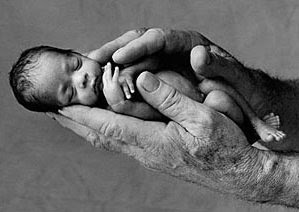 Cuban women delay the age when they first give birth. Health professionals must be prepared to work with a high-risk pregnant population: women over 35 years of age.

Also keep in mind the pregnancy among teenagers. According to statistics from the Fertility Survey, about 85% of young people know that there are contraceptive methods but do not use them. While 60 % report having used the, but for the vast majority they do it sporadically.

The scarce family doctors try to persuade women of childbearing age to become pregnant. This leads to a suspicion of possible directions from the government to curb the population decrease, rather than to stimulate the birth rate, as is done in other countries.

It occurred to me to ask at random, “Does anyone know any happy young couple?” Encountering stable and happy young couples is very rare. Many couples do not want children because of unemployment, low wages, the  currency, the deterioration of housing, overcrowding with several generations living together, and a great desire to emigrate.