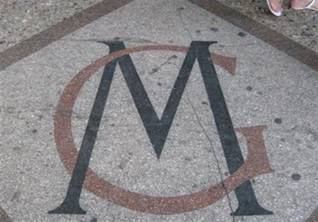 After years without maintenance, abandoned to their fate and in a total state of disrepair, the authorities finally decided to “rescue” — the fashionable word — the building known as La Manzana de Gomez, a building finished by the Gomez Mena family in the year 1917, which occupies the space between Zuleata, San Rafael, Monserrate and Neptune streets.

According to reports it will be converted into a hotel and that is precisely where my concern lies, because this construction project does not answer directly to the Office of the City Historian, who is the only person who has been worried about respecting the identity of the city and its buildings. 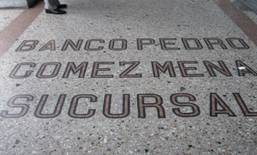 To start, it’s announced that it will be called the Gran Hotel Manzana, eliminating the “de Gomez” in an absurd desire to erase at all costs of the Republican pasts. I don’t care much about that, as I am convinced that Havanans will call it the Gran Hotel Manzana de Gomez, exactly as has happened with so many other names they’ve wanted to change, which, however, remain, because traditions are stronger than voluntarism, orders and decrees. 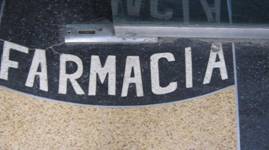 What worries me is that in the granite floor of the property doorways, are embedded different logos of the original shops that occupied it, as well as the building itself–some of which I reproduce here–and it would be a serious mistake destroy them, they are part of the identity of the City of Havana, to build a modern floor, as happened with the neighboring Hotel Plaza, where the tile floors weren’t slippery, and were replaced by modern floors, which seem designed more for skating than walking.

Another negative experience was the replacement of the original floors where they built the nearby Hotel Central Park, and the destruction of the beautiful white and green sidewalks Granite Street San Rafael. All losses are irreparable due to the irresponsibility and ignorance of the authorities and citizen indolence. 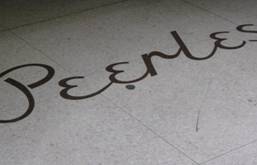 If it proves impossible to repair and polish the original floor, due to its state of disrepair, they should at least save the logos and include them in the new floor to be constructed, as it would be an original detail that would give greater value. It would be desirable for the City Historian and other personalities to take timely action in this matter. We shouldn’t continue passively allowing them to destroy our city and erase its historic memory.