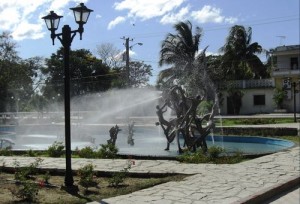 On June 21st the offices of the National Institute of Housing in Las Tunas issued an ultimatum to evict from their home the daughter and grandchildren of the deceased Gustavo Valeriano Sanchez Urquiza, a fighter who participated in the guerrilla warfare fought by the Rebel Army in the oriental zone.

The Provincial Directory of Housing of Las Tunas received from the Prosecutor, and from the Department of Criminal Investigation and Operations of the Interior Ministry, instructions to confiscate the property occupied by Deysi Graciela Sanchez Rivero and illegally leased by her daughter to a foreigner.

According to the resolution decreeing the forfeit of the right to the property, and illegal occupants to the actual dwellers, “The property was rented on an hourly basis, in an illegal way, a room and a bathroom, to the foreigner Andrea Ghiotto, so that he could have sexual intercourse with females.”

The sentence No. 92/2011 of Las Tunas court claims that Andrea Ghiotto, of Italian nationality, organized a local soccer team in the years 2006 and 2007, with the consent of the Sports authorities. He even organized international matches and made substantial donations of supplies, because he is a man with a lot of money.

Andrea, famous all over the province, is considered the king of fiscal fraud in Italy. Accused of corruption in his country, he obtained his freedom thanks to a confession implicating public officials and more than a hundred businessmen.

In March of 2010, Ghiotto made his last trip to The Tunas territory. At that time he was arrested and deported from the island, after he admitted to having sexual intercourse with more than thirty girls in private homes.

Generally, the Cuban authorities prosecute citizens who rent rooms to aliens without authorization, for the crime of procuring and human trafficking, and in an independent administrative process, order the confiscation of the property, according to the decree-law 232/03 of the State Council.

That legal disposition says that “the confiscation could be ordained against the owners, including those hosting a third party who commits the crime,” whenever the occasion or the circumstances make evident or lead one to rationally suppose that they have knowledge or connection to the acts.

For more than four years, she has lived with her mother, Theresa Esther Rivero Vargas, an 89-year-old elder, diabetic, with breast cancer and a hip fracture, who also collaborated with the rebel guerrillas.

According to the authorities, the owner knew of these activities because she had solicited authorization to rent a room and it was denied, the house being situated without 75 yards of school. The fact, once appreciated as an attempt to comply with the law, turned out to be an aggravation in the case.

Deysi Graciela, daughter of the Revolutionary fighter Sanchez Urquiza, appealed the verdict of the Provincial Directory of Housing of Las Tunas before the President of the National Institute of Housing, who reaffirmed the confiscation. As the last option and facing the impossibility of asking for justice before the courts, she requested the mediation of the President of the Province Government, but he admitted he did not have the power to resolve her case.

“It is a nightmare”, said tearful Deysi Graciela, who is still appealing to the authorities to defend her rights over the property. “This can not be what my father fought for and was prepared to sacrifice his life for. Thanks be to God he is not longer with us, because he would have died of disappointment.”