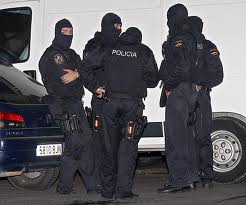 2011 is over. It’s a fact that for 365 days we follow the year’s coffin until its official burial on the last second of December the 31st.  In our own private assessment, we generally make an evaluation of our passage through those 12 months and weigh up the personal, professional and familial results.  We look at the national ones as well, because for those of us involved in the fate of our country, the repeated Cuban practice of thinking about our country and for it, we have created the habit not only of monitoring and condemning the problems that concern us, but also the responsible practice of offering possible solutions to them.

With respect to our archipelago, last year left us with the taste of a certain success for the Cuban opposition.  Although slight and without anyone’s direct or tacit recognition — but rather the exact opposite — the Cuban authorities themselves, every time they introduce reforms — as obscure and timid as they are — they guarantee and ratify whatever the opposition has pointed out and proposed for years.  It is the evidence of the effectiveness of those who propose and protest against the official intolerance, intolerance which hates and makes enemies.

It’s certain that the government distorts these protests with the smoke screen of moving public interest onto other issues, with the clear aim of intelligently erasing the opposition class in Cuba.  The old ruling class octopi and their professionals of subterfuge and intrigue extend their tentacles with their plan to divide and extinguish Cuba’s passive opposition and remain in power.  But although it seems that they have ignored our protests with proposals for years, it is in these that serve as reference to those — adjusting them to their interests — to set the emerging update of its failed model on its course.  It’s worth stressing that to apply fixed reforms they are falling into a contravention of their own constitution.  Will they soon have written a revised, updated Magna Carta?

In their global plan of ‘face washing’, they seem to be at the helm of social restructuring with a ‘mutated reconciliation’ (mutatis mutandis) towards their self-seeking interests.  I imagine that if they continue down this road we will soon see NGOs, which usually support dissident organisations on the archipelago, withdrawing troops and switching their support to Cuban investors — although many are themselves the government officials responsible for the farcical state of the country — to help Cuba to come out of the systematic crisis which is ruining us.  After all, one must forget the ‘peccadilloes’ of ineptitude which broke down our economy and divided us as a nation in favour of trying to spend future decades ‘trying to fix’ what the present system cannot, or has any real interest in resolving.

I accept that in the state domino the actions and dialogue of the opposition — incongruous with the arguments with which the governance show them as enemies of the fatherland — might be out of harmony with their programme to seduce the international community with their stuffy reconciliation. Up until the present they’ve chosen to secretly promote their agents by use of the media, and to keep those aligned to the beliefs of radical transition conventionally ‘besieged’.  On this platform I suspect that they count on places of relevance which have been hoarded (not only in Cuba); and I worry that it will happen as in the 60s, in that in the end State Security led almost all of the armed organisations which fought against the — at that time — young socialist government.

At the moment I will remain a proactive observer, and I support any movement destined to eliminate the injustice — however insignificant they may seem — that limit our ability to exercise our fundamental rights and freedoms and prevent us from being the owners of our dreams and destinies.  Because of the urgent need for improvements for our long-suffering people, I remain dissatisfied, but optimistic, about those who back the cautious steps which the government is taking.  This is the visible goal currently within our reach to start walking towards.