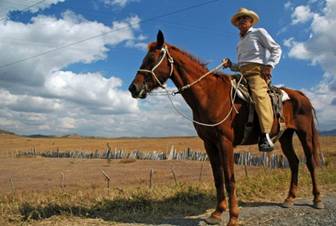 The announced rescue of sugar production, after the ravages of the Alvaro Reynoso Task that finished dozens of plants, and the adjustments and readjustments of the “upgrade” and the application of the “guidelines”, seems not to have achieved the objectives, with production having, in some cases, declined.

Despite nearly six months of harvesting, it appears that we not exceed the one million four hundred thousand tons of sugar expected (an extended time when historically, with less technological equipment and development, the harvest reached four to five million tons in less than ninety days).

At least, that is what emerges from the literature on the harvest in the province of Villa Clara. Figures are figures: despite organizational measures taken, resources allocated, etc., the harvest produced 11,000 fewer tons than planned (5,400 tons more than the previous harvest, which was 5,600). In addition, it missed the 44% of the time (26.66% is attributed to the rains), the sugar mill capacity reached  56%, a very low indicator, and industrial performance was 10.60.

The listed causes are many: lack of control, lack of coordination and forecasting, rainfall, human activity, especially among those cadres led the process, administrative and technological indiscipline, excessive foreign matter, grinding cane backward and burnt, low combined productivity, lack of on time completion with the necessary means to guarantee the results, indiscipline among the brigades at the beginning and end of the day, poor quality of delivered equipment and parts, late delivery to the centers (up to 37 days overdue), and so on. The list of misfortunes could go on and become endless. A similar picture is repeated in other provinces.

I ask two simple questions: Is this not enough, repeated year after year, to finally understand that the “model” does not work? Why do we have to wait before deciding to discard and replace it with one that has shown itself, despite its imperfections, to be better, more productive and better?