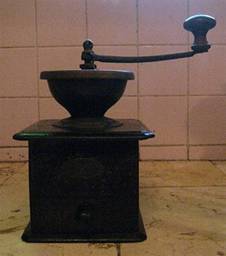 The Foreign Investment Law, debated and approved by the National Assembly in extraordinary session, has some worrisome aspects, both for foreign investors as well as for Cuban citizens.

It seems that Cubans living in other countries are not covered under the law since the definition of a domestic investor applies only to current legal residents of Cuba and to cooperatives. The latter are legally recognized non-state administrative entities which may participate as domestic investors in projects financed with foreign capital but which remain completely under state control to prevent the accumulation of excess wealth.

Elsewhere, investment priority is usually given to a country’s own residents, then to its overseas residents and lastly to foreigners. In Cuba it is the opposite: foreigners get top priority. Afterwards, we have to listen to authorities tirelessly proclaiming themselves to be the defenders of national dignity, independence and sovereignty.

The claim that investments “may not be expropriated except for reasons of public utility or social interest, as previously defined by the Council of Ministers” should give one pause. This is a well-established procedure in most countries. Before such actions can be taken, they must be discussed and approved by legislative bodies (a house of representatives, senate, parliament or national assembly).

It is a process in which those concerned — governmental authorities as well as those in the opposition who may hold with differing views — participate fully. Final implementation is subject to review by the judicial branch, which makes sure any such actions do not violate the constitution.

This is not the case in Cuba where the National Assembly is made up exclusively of deputies from one party. It is a legislative body without an opposition in which anything the government proposes is approved unanimously. The Cuban judiciary, which is nothing more than an appendix of the government, also has no independence.

In spite of anything that has been stipulated in writing, investors lack any real protection or legal recourse. They remain subject to decisions by a centralized authority in the person of the president, who for political, ideological or circumstantial reasons can act as he pleases without having to consult anyone, as has happened repeatedly over the last fifty-six years.

Regarding employment of Cuban citizens, the law stipulates that an investor must hire workers through an employment agency selected by the Ministry of Foreign Trade and Foreign Investment and authorized by the Ministry of Labor and Social Security. Payment to workers would be by mutual agreement between the investor and the employer. Neither exchange occurs between the investor and the worker directly but through a state intermediary.

Though the purported purpose is not to generate revenue, it stipulates that a portion of the wages paid by the investor will be retained to cover costs and expenses for services provided.

As one might expect, there is a big difference between what the investor pays and what the employee receives. The salary paid to the employee will correspond to a minimum wage set by the employment agency, which it claims will be higher than that for the country’s other workers. Also factored in will be a coefficient which will allow the agency to adjust salaries based on a worker’s performance.

The unfortunate history of low pay for doctors, teachers, athletes and other professionals working overseas to fulfill the Cuban government’s contracts with other countries speaks volumes.

It would perhaps have been advantageous to draft an investment law that also regulated state investments (considering the many examples of bad investments made over the years). It might also have covered private investment, differentiating between foreign and domestic investment.

In regards to domestic investment, it might have included both investment by Cubans living on the island as well as those living overseas, especially since the latter currently must also possess a Cuban passport to enter and exit the country, thus confirming their legal status as Cuban citizens.

This law is not free from the burden of obsolete concepts of failed socialism, with the objective in ensuring a leading role for the state. It lacks sufficient transparency to really stimulate foreign investment and includes some traps into which those who bet on it, without giving it enough thought, might fall.