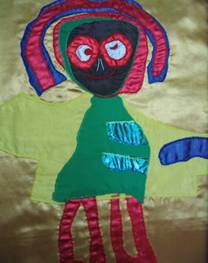 An article by a young Cuban journalist was just published in the so-called youth newspaper under the arresting title “The Happiest Children in the World.” In it she recalls her childhood of aged, half-bald dolls previously belonging to her older sisters, toys given to her by a neighbor after he was too old to play with them, Soviet nesting dolls, daily blackouts, nights spent in darkness and many other shortages. In the end she comes to the conclusion that she “was born in this country, a place where children have everything they need to be the happiest in the world.”

I do not know if the author is trying to be slyly ironic or if she has been a practicing masochist since early childhood. She presents no evidence that would lead to such a conclusion. It could be that for her this is what constitutes happiness, but such generalization is a bad habit on which Cubans too often rely. Statements about having the best baseball, the best boxing, the best education, the best health care, the most courageous people and so forth are far removed from reality.

If this were true, then we would also have to accept that we are the happiest people in the world. This would be in spite of the fact that more than 80% of our homes are in disrepair, that many families live in inadequate and unsanitary housing, that streets and sidewalks are inaccessible, that neighborhood sewer lines are broken, that potable water is scarce, that public sanitation is notable by its absence, that the health and education systems are poor, that social indiscipline and violence are endemic, that salaries and pensions are at poverty levels, that prices for consumer goods are exorbitant, that public transportation is chaotic, that the economy is not growing, that every day the country moves further backwards, and on top of all this that we live without internet access or civil liberties.

One should be careful about what one writes and publishes as well as a little more responsible. Accepting misery and shortages as a normal way of life without working to change them does nothing to help eliminate them. It is one thing to repeat slogans but quite another to discard objectively in order to fill up pages. You don’t want too much of a good thing.