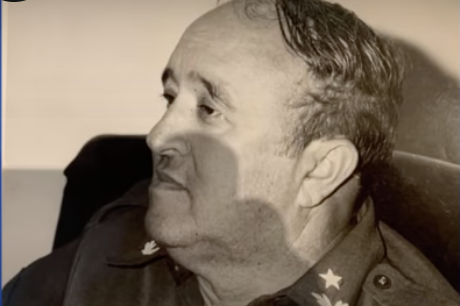 Juan Juan Almeida –One of the most legendary Cuban Brigadier Generals has died in Havana, and his wife refuses any government aid, and rejects mention of his death in the official media.

Manuel Suarez Alvarez, nicknamed Chomón, after a long history that we could describe as “Handing over the Revolution to Fidel and Raúl”, died on Sunday, August 23, and did not receive a single carnation from the leadership of the country nor any mention in the press.

His wife, Magali, refused to allow the leadership of the MININT or the country to attend the funeral of her husband, nor to send wreaths or any such hypocrisy, because – according to sources close to the family – General Manolito had been living with severe Alzheimer’s for more than two years that prevented him from even walking, and the leadership of the country had abandoned him.

According to his wife: “It wasn’t right for them to send him wreaths then, when they didn’t even give him medicine, nor access to a hospital.”

At least two of his 4 children were unable to attend the wake:

Manuel, his eldest son is imprisoned in the Combinado del Este and they would not give him a pass to go to the funeral; Julio lives in exile in Aruba and was not allowed to enter Cuba. And I do not know if his daughters Tania and Mayret (from his second marriage to Magali) were able to be with their father during his last minutes in this world.