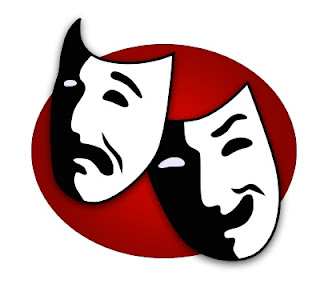 The First Act: The Executioner’s Weeping (1999)

For a long time, Jorge Gonzalez, 47, suffered the same nightmares. A discharge from a rifleman on a misty and starless night. Then, he senses the sound of a shot dealt to a condemned man who is he himself.

He always wakes up the same: bathed in sweat and crying. Another night robbed of rest. When he has that nightmare, Jorge can’t get back to sleep and stays awake until dawn. It happens to him almost daily since he retired from his thankless profession as an executioner. Killing one’s fellowman–guilty or not–has its consequences.

Now, the profession is costing him. One rarely talk about this occupation. One thinks of big guys, unfriendly and with a brain the size of a garbanzo bean, divest of feelings.

In men that have been called by the government for the insensitive task of administering the death penalty, they arrive humming a commonplace tune, then roll up their sleeves, and put on a black hat to hide their faces. Afterwards, they go on the same path to their homes, far away from the mundane noise, without a family and accompanied by their dog, waiting for the next execution. Nothing farther from reality. In the absence of testimonies about the life of executioners, people have invented legends.

Jorge Gonzalez is the antithesis of the classic executioner who appears in books and films. Of small stature, a bit bald, thin, and with a fixed fear before any significant event. Jorge, who confesses that his pulse doesn’t tremble at having taken the lives of more than 20 people, gets scared in the presence of a cockroach and panics at the sight of small lizards.

He’s cultured, likes Ricky Martin and his happy music. He reads Goethe and Stendhal. When one speaks with him they discover that he’s not stupid, but a rather intelligent man. But the 10 years that he spent on the firing squad have changed him.

in 1982, after fulfilling three and a half years of military service in Ethiopia, as part of the communist help to Mengistu Haile Marian’s pro-Maoist regime, Jorge graduated from college without being completely sure of what his future would be. The same thing happened to him as to other men of war: skillful in the handling of a rifle, but unable to function as civilians.

Jorge had been a sniper in a battalion under the control of General Arnaldo Ochoa, who years later was executed by Castro’s government, accused of treason and drug trafficking. Under Ochoa’s orders, Jorge participated in the famous Battle of Ogaden where the Cuban general was exalted for his new method of devising military strategy.

“I always admired General Ochoa, who in Ogaden displayed his skills. No wonder the battle is the subject of study in Western military academies.”

In 1989, Gonzalez could have been one of the men that, in Baracoa, a coastal town on the outskirts of Havana, formed part of the task force ordered to executed General Ochoa.

“I couldn’t be untrue to myself. I had killed murderers, rapists, and terrorists, but I couldn’t pull the trigger on my old boss. I made up a phony mental illness and they relieved me for six months.”

Upon returning to his speciality of killing, the executioner found out in detail about the final seconds of the hero of Ogaden.

“It’s not a fairy tale, that’s for sure. Ochoa drew close to the firing squad, saluted each one of firing squad’s members and said to them: ‘Don’t fret, men, carry out the order.’ He refused to cover his face. He died a valiant man.”

He says it, his voice faltering and his gaze lost out the window to where the sea becomes discernible.

“In that moment I thought it was a harsh course of action, but a just one. Now, I think it was excessive.”

In 1992 Jorge gave up this macabre task. His nerves weren’t letting him live and he decided to discharge himself from the army. He travelled to various psychiatric hospitals and resorted to electric shock therapy. But he couldn’t keep his mind clear.

Every night when a discharge from a rifleman wakes him in a sweat and crying, his wife tries to calm him. To no avail, though. Unable to sleep, he sits in the balcony of his house and stares at the sea. With the departure of the sun, weariness sets in and with it, the sensation that he is the most miserable man in the world. And perhaps he isn’t.

It was like any afternoon in the month of July. Jorge Gonzalez, 57, prepared rather slowly and fearfully the details of his death. It was the last day of his dangerous and uncommon life. He bought a few pounds of chicken from the black market and, with 3 CUC (Cuban convertible pesos), a package of Cubitas Coffee at the store.

At noon he put on his Sunday best: a red and violet checked shirt, a gift from his only wife, and pair of cotton pants, old and used, that 23 years ago he had bought in a little market in Addis Ababa while he was completing his military service in Ethiopia as a sniper in a group of elite troops.

He had eaten like never before; rice with chicken and all the fixings, and even allowed himself two glasses of Fortin Wine. He looked at himself in the mirror and entrusted himself to the Lord. He tied a thick rope to the iron chandelier in the living room and put it around his neck.

Four days later, the police opened the door with an axe. The body was already showing signs of decomposition.

Jorge Gonzalez had been an executioner. One of those entrusted with administering the death penalties decreed by the State.

He graduated from the armed forces and was admitted to psychiatric hospitals. His wife left him, tired of this short bald guy who spent the mornings reading like one possessed and at night awoke drenched in sweat and screaming.

When this happened he would sit in an armchair for more than two hours, without saying a single word. With his gaze fixed on the deep blue sea visible from his balcony. Probably the last image he caught before he died was the quiet summer waters of the Atlantic Ocean.

I knew Jorge Gonzalez. Ten years ago I devoted a story to him, The Cry of the Executioner. I found out about his suicide, in 2009, a month and a half later. The delirium had disturbed him. It was his last execution.