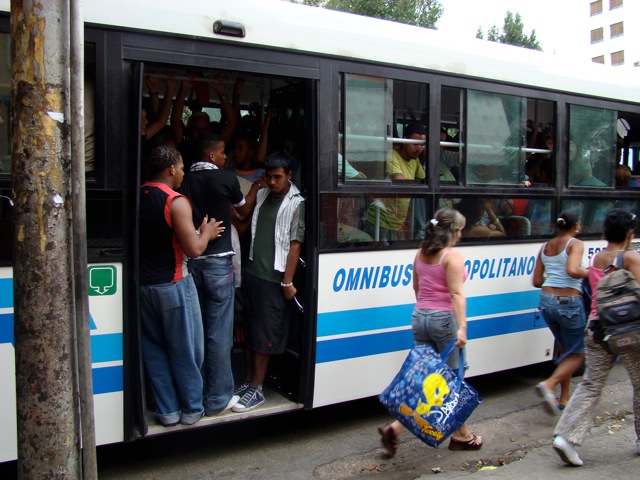 Sitting at a bus stop waiting for the bus are the Gonzalez brothers. Among children’s stories and entertaining laughter one hears the surprising proclamation of a 65-year-old man.

“I will give you 80 centavos for one Cuban pesos,” says the man. The Gonzalez brothers stop talking and, in whispers, question the gentleman’s offer. They listen over and over but only pretend to hear.

It’s been thirty minutes and the tiredness starts to set in, with no place to sit down, the brothers watch the entrepreneur of 2014. “So far no one has approached him to make the exchange,” says one brother to the other.

Hours and hours pass for the man to earn 20 centavos for every Cuban peso.

But for every Cuban peso people use to pay the bus fare — 40 centavos — they lose the remaining 60 centavos because they don’t have change.