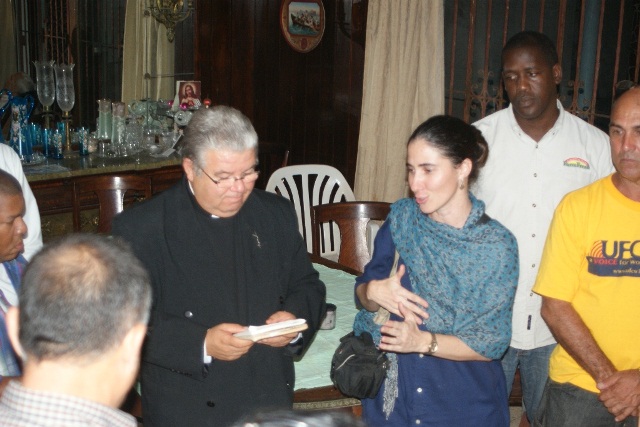 My blog is now 4 days behind, but I was fortunate enough to be present last Monday night for the presentation of the Tolerance Plus award to Father Jose Conrado at the home of Antonio Rodiles, within hours of his release.

The release of Rodiles was undoubtedly the most important event of the week and the most anticipated by his friends. Thinner and with a blackish crescent below his lower left eyelid from the bruise caused by the beating, Rodiles returns to his home like a big brother coming home from the war wearing a star on one of his pockets that announces the triumph of the light. 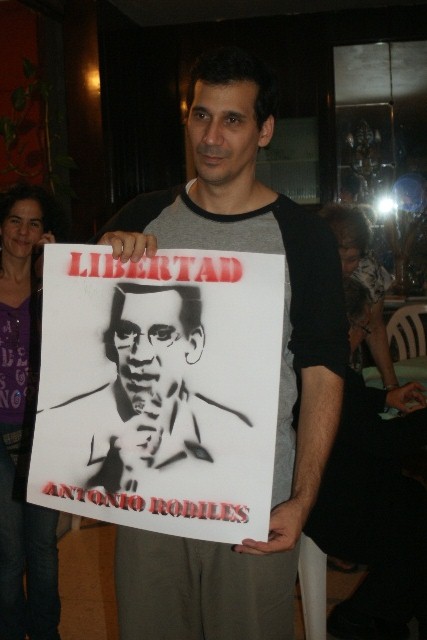 That night brought the scent of others gone by, songs of warriors from another dimension of time, when Father Conrado read the words he had prepared for the occasion. Martí settling like a nocturnal butterfly over the Monday night, opening the spirit of all those gathered there so as to receive the dew which, if it comes at night, is always the dew brought by the shadow of the Holy Spirit: that of infinite possibilities. 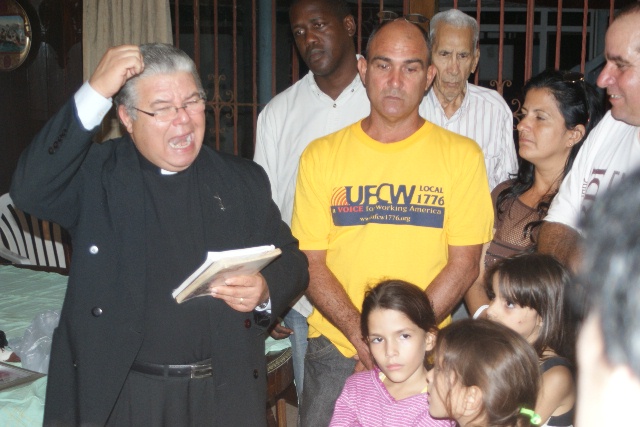 Father Conrado, in turn, presented to Ofelia Acevedo (widow of Osvaldo Payá) the award conferred by several organizations under the umbrella of Nuevo Pais (New Country Project). It was my second time seeing the widow and I approached her, always having to suppress the desire to cry for her loss and ours. 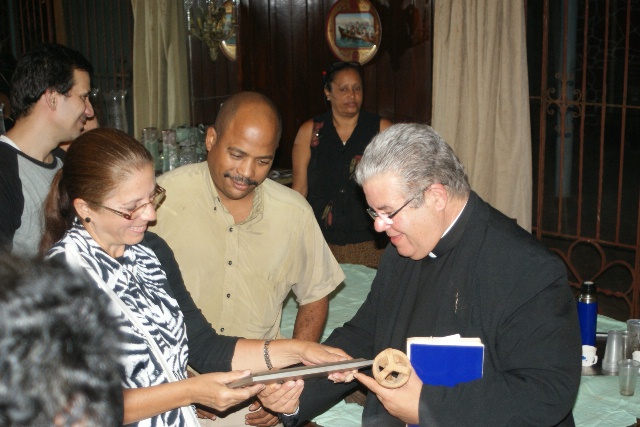 I admired each of the persons congregated there. It felt like I was witnessing a historic evening. Beyond the outcome of our actions, the punishment with which the regime attempts to intimidate and even annihilate,those who dare oppose it, the denial by means of violence of the respect we deserve and the attempt to brush us aside as if we were nothing. Beyond the success or failure, always fleeting in a Universe governed by change, a change that will come to them like a tsunami that will sweep them up and give each the just retribution for his actions, the feeling of being in the right place, being sure that God is with us, was confirmed within me, in a part of my being which makes me stop the fabric of time and feel that we are saved. 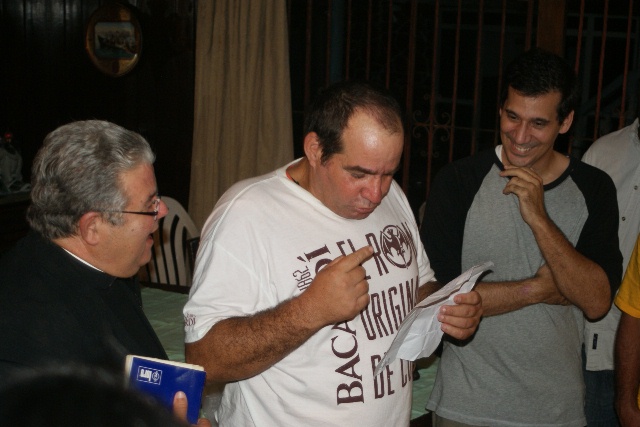