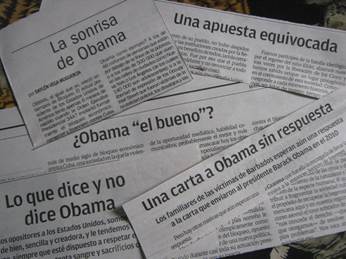 Fernando Damaso, 29 March 2016 — The official journalists and the functionaries of the Cuban government, all in chorus, just to prove that the Guantanamo Naval Base is illegal have taken up against the presidents and Cuban governments from the years 1903 and 1934, years when the status of the installation was, respectively, signed and ratified. There is talk of appeasement, surrender and other accusations against facts, institutions and people who belong to history and who no longer physically exist.

In these cases, with the government that still exercises power and with those responsible for these events still physically present. Cowardice or political opportunism? The Cuban authorities and their servants are so concerned about the defense of national independence and sovereignty, they should answer to the citizens for these acts committed against them.

To demand from President Obama, as has become the fashion, that he ask for forgiveness for things he didn’t do and, therefore, that are not his responsibility, is very convenient. Why not demand it of the Cuban authorities, as they are the ones responsible because they are the same people as were here 57 years ago. They should apologize to Cubans for so many years of suffering, mistakes, arbitrariness, prohibitions, impositions and repressions.

There is no doubt that the impact of Obama’s visit on Cuban has been profound and, even more, his speech at the Alicia Alonso Teatro seems to have filled the Cuban authorities and their most recalcitrant die-hard followers with concerns.

Trying to downplay what the American president said, they have ordered the publication of pamphleteer items such as, “What Obama did and did not say,” “Obama’s smile,” “An unanswered letter to Obama,” “Obama the Good?” “A mistaken bet,” and the offensive and disrespectful, “Negro, are you Swedish” and, as a colophon, the insipid, “Brother Obama,” which convince no one nor do they diminish the importance of his words.

They all repeat each other (is it change or a previously delivered script?) with the same facts and arguments against the United States, but they forget the history of the Cuban government: political, economic, religious, social, sexual, and cultural repression; a ban on foreign travel and on buying and selling homes and cars; organizing and supporting guerrilla forces in many countries of Latin America and Africa; participating in foreign wars with the loss of Cuban lives; singling the “13 de Marzo” tugboat and killing little children and babies on board; summary executions without due process of law; acts of repudiation with vandalism, beatings and other excesses.

Undoubtedly it is nothing more than a display of the “patter of the losers.” Although they refuse to recognize it, there is a before and after of Obama’s trip.