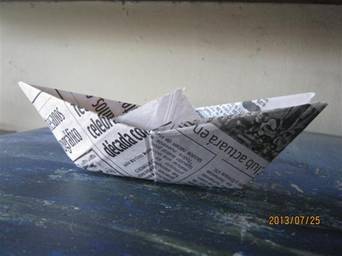 Every now and then the Cuban Authorities mount the spectacle of ’external subversion’ against the regime. As if it were a ’blue plate special’ it’s seasoned with a press statement from a second or third rate official, articles on the subject from some government journalists, a session on the Roundtable TV Show with energetic participants, an anecdote about an alleged event that took place in a cultural forum, and statements about some media junkie being a double agent.

It happens that, despite the political events they participate in, a great part of Cuban youth don’t believe in the country’s current political, economic and social project, and try to abandon the country by any means possible to pursue their lives in other lands.

If the constant defections of athletes, artists and professionals weren’t enough, along with the illegal departures on boats, rafts and other methods by hundreds of Cubans, you only have to talk honestly with the young people in any neighborhood in our towns and cities to know what they really think.

The double standard is well-rooted here, right along with the invasive marabou weed, and you shouldn’t give much credence to what is said in an assembly or mass event, or in front of a microphone or camera. At those times, most of the young and not so young say what the authorities want to hear, so as to avoid trouble.

The solution is not ’blue plate specials’ every now and then, but the adoption of profound measures to resolve the current critical situation and to offer, rather than a long delayed future, a prosperous and dignified present.