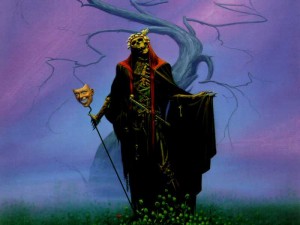 In the clear air it seems that imagination comes alive, leaving the reins of reason. Every day, Raisa Medina sees her son return from school to go out play again, while sky and vegetation lazily spin with a slow roll, an idle globe.

The words, the sounds are dispersed in a buzz. Since any court, with shouts of annoyance will respond:

With a shudder, Raisa regains sanity and looks away from the precipice.

Cause of death: anemia

Other aggravating factors: Climbing a fruit tree on a farm accompanied by two minors who were unharmed.

Facts: Shot at the teenagers. Amado Interian had time to hide and tried to evade justice for the second time.

The act of valor shown from the mother of Alain Izquierdo, Mrs. Raisa Medina, the intervention ofDr. Laritza Diversent (www.elNuevoHerald.com) and other efforts carried out by civil society, including the complaint to the Committee of Experts UNICEF, managed to transfer him to jail.

However, with the boy Alain Izquierdo dead, the mother gets bad news.

– Your boy didn’t die from the bullets, but from anemia.

– Problems in holding the trial.

Other than these facts, the woman is hindered. She wants the copy of the judicial sentence to be the victim of her son.

It is unnecessary to explain what the death of a child means to any progenitor. But day after day, this mother feels like they’re opening her in pieces. She suffers deadly hits, burying her son in an uncertain justice, for being a black woman she receives stabbings disguised as generous offers. Additional hits because of poverty. Like a colophon: NO JUDICIAL SENTENCE

God allow the rumor of the murderer’s flight to be false. Hopefully God will intercede for that mother and at least give her the consolation of having a copy of the sentence of the crime. Otherwise, it’s a question of time. Other Raisas will suffer.

Sons and phantom daughters, wandering without hope since the beginning until the end of every school year. Death and the Ungovernability, parties through the streets of Havana, saying hello to other boys and girls.

– Will we get time to pray?

– Blessed Virgin, pray for the death of this boy. Make us feel better. Do not allow more terrible news.

“They assassinate another black boy”

Translator’s note: This post refers to a child who was shot dead by a former police officer when he climbed the officer’s fruit tree. His death was ruled to have been caused by anemia — that is the loss of blood from his bullet wound — rather than from the bullet itself. Posts from the attorney Laritza Diversent with more information about the case are here and here.