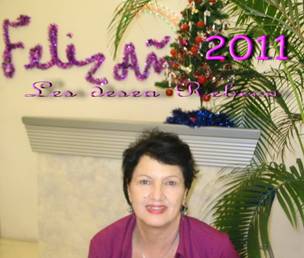 The underground parking at the Old Plaza when it was being torn down.

Again today, as I walked around Old Havana, taking care of problems and taking pictures, I was struck by the innumerable signs that have been put up showing before and after.

If these signs were meant only for people under forty and with little culture, I would understand. But they seem to have forgotten that there are still some of us who are over fifty years old and, furthermore, who were born in this city.

Since I was a little girl I often visited Old Havana, because my stepfather, who was the best of fathers to me, would frequently take me to visit his clients. I went up and down Obispo and O’Reilly Streets innumerable times. The former was full of elegant shops with exclusive gifts, tailor shops, jewelery stores ans large pharmacies, as well as banks, restaurants and cafeterias. All of those businesses had owners, so they were beautifully decorated, well-lit and clean. it was a pleasure to stroll around those streets. O’Reilly was more a street of big banks and stores. There was a store, Potín, where they had delicious sandwiches made with chicken and asparagus tips, as well as french pastries, chocolates and bonbons in beautiful gift boxes or sold by weight. Of that pleasant store all that remains is its name inscribed in the granite of the floor at the entrance of the miserable and dark rat-hole it has become. So, why isn’t in that place a before and after sign, as in many other businesses, which for the most part have disappeared and in whose place small parks have been improvised. It is true that the Old Plaza’s restoration is almost finished. The only thing missing is the beautiful art-nouveau hotel that, when the revolution triumphed, was converted (like almost all the other buildings around) into tenements and later into ruins, its beautiful front being miraculously saved.

There is a huge sign in the middle of the Plaza that reads Lest we forget and it shows some ruins and earthmoving. This dug-out earth was a big underground parking garage above which there was a park. In the seventies some smarty decided there was no need for it and it was torn down. Many years later, in its place they built a park with a big fountain. In the old days, all the buildings around the square had been stores and businesses very well-tended to by their owners.

Now, after many years, they have realized that there is a lack of parking space in the historic center. Why don’t they add, on the huge sign, in the area where the ruins are shown, a label with dates that says during.