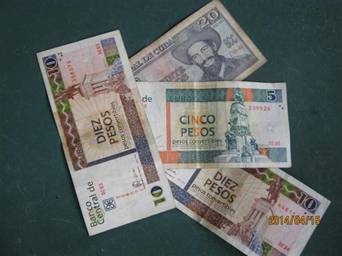 Listening to the discussions in the Culture and Media Commission of the recently ended 8th Cuban Writers and Artists Union (UNEAC) Congress, I was struck by the criticisms of the Cuban Institute of Radio and Television (ICRTV) for their programming–which according to some delegates demonstrate Yankeephilia–and their few national offerings.

I imagine that if it weren’t for programs pirated from the United States and other countries offered on Cuban TV, we’d be left with one channel, so I don’t understand the nationalist uproar. First, we should be clear that the quality of the majority of national programs is quite low, from the unbearable news, through the so-called comedians, dramas and adventures, through the children’s programs of participation and musicals. If there is anything saving it, it’s sports, and that by its own powers.

The medium lacks attractive economics, something that it had before its expropriation by the State, when those who worked in it enjoyed high salaries, which allowed them to focus completely on artistic creation, without having to think about how to resolve day-to-day living.

There is a historical example of the RHC Cadena Azul radio station owned by Amado Trinidad: when he decided to make his station first among listeners, he paid high salaries to get the top talent of the time, and achieved his objectives. Starting with him, the formula became widespread and was applied until the media passed from private hands to the State.

Congress after congress they sing the same tune, and don’t take the economic measures needed to resolve these problems, so their lament is silly. The calls to participate for the love of art, with the creation of committees for quality, control and censorship, established for hundreds of foreign and national programs broadcast, and a whole other series of bureaucratic measures will resolve nothing.

Talent is not accepted as a method of payment in the stores in exchange for products nor to pay for services received. Money is essential. The problem, therefore, is one of economic stimulus in a society every day more metallic, regardless of slogans and speeches.

What is the Mariel Special Development Zone, the Foreign Investment Law, the Tax Regime, the high prices for articles of every type and the cost of services? If we are going to give money its place, as we are doing, we have to do it in everything: the charging and paying.