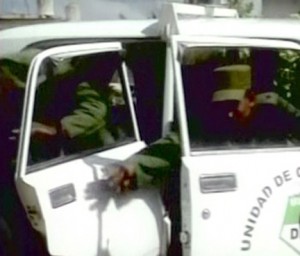 HAVANA, Cuba , October 2013, www.cubanet.org.- Rumors have been circulating in the past few days about an alleged “strike” or “demonstration” of the self-employed to be held in Havana next November 1st. This is not an extended commentary on society, but it’s limited to the self-employed sector, stemming from official countermeasures that aim to increase controls on small family-owned clothing businesses.
Some say that this call to a public and peaceful protest, with a march ending at the Plaza Cívica -(Plaza de la Revolución)- was summoned “from outside”, while others claim that it is the initiative of a group of self-employed who have been affected by recent government restrictions particularly harmful to those who trade in articles of clothing, and that it will soon reach other private businesses.

Whether or not these rumors about the protest are true, places in Centro Habana, some of which were once shops, where now several private workers group together to offer their services, be it merchandise sales, equipment repair or even bodybuilders gyms, have been visited by agents of the State Security (“DTI agents”, according to some people), who have warned the self-employed” that disorder or disturbances will not be tolerated”.

On the real possibility that there will be an autonomous demonstration in Cuba without being suffocated even before it starts, there is every reason for doubt. In fact, some argue that potential marching groups have already been infiltrated by the political police, something that is not new. Nevertheless, government measures that keep limiting or stifling private businesses are accentuating the discontent in a sector that has begun to identify itself as independent, legitimate and self-funded, and the insertion of agents to contain their claims would not be sufficient in the mid-term.  Additionally, there are many self-employed who already view the Party-Government-State as a parasitic entity that feeds on them, and not as the benefactor that, until recently, guaranteed certain social benefits. 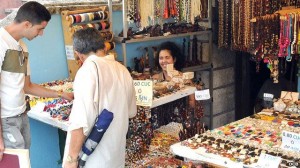 Other rumors have been anticipating that the turnaround will expand to other private businesses, including to 3D theaters that have been proliferating in several provinces, and more so in the capital, heralding the increase in volume of dissenters who would join the chorus of protests.

If the new edicts of the olive-green caste generate a level of dissatisfaction sufficient to breed a movement of protest and eventually become an alternative social force is something to be seen. However, the deployment of repressive agents around self-employed merchants is evidence of the government’s concern with the potential of a sector that, in current circumstances, brings together the biggest and best conditions to stand up to power.

In any case, even if said protests of the self-employed don’t take place, the acknowledged concern of government officials in the face of a rumor should serve as a sample button to private businessmen about their mobilizing potential to transform Cuba’s reality, not from the meager and illusory “economic opening” dispensed from the cupola as a function of the interests of the authorities, but from the interests, needs, and the will power of independent subjects, an unwanted effect miscalculated by the General-President when he decided to open his Pandora ‘s Box of “reforms.”