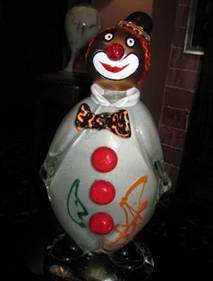 Typically, we Cubans are short on economic issues and pass on politics. At least that has been the case for the last fifty-six years. We veer between shortcomings and excesses, never finding a happy medium, as so many of the world’s nations and peoples do. We now seem to be in a period of unrestrained overstatement.

First there was the celebration of 61st anniversary of the assault on the Moncada and Carlos Manuel de Céspedes barracks. Given the hours devoted to scheduled programming on radio and television and the tons of paper and ink expended on this topic, one would think this event had completely changed the history of mankind, except that, so far, mankind has not noticed.

The series of neighborhood concerts given by the singer Silvio Rodriguez — which compelled him to say that, until giving them, he was not aware how bad (he used another word) Cubans were — was described as an epic accomplishment.

The summer road trip take by twenty or so young people from Sabaneta in Guantanamo province to Miraflores in Ciego de Avila — names which by sheer coincidence matched those of two places in Venezuela, recalling the last electoral campaign of that country’s late president — were part of an admirable campaign.

The victories by the Cuban baseball team — reinforced with professional players — against a team of American college students constitute a great accomplishment which swept aside memories of the defeat suffered the previous year by the Cubans at the hands of American team. The sliver and bronze medals which our athletes win are as valuable as those of gold and even shine more brightly because they were won with heart. Apparently, athletes from other countries do not have the heart to compete.

There are even dead people who go on living even after their deaths because they are eternal. It’s not that they get older every year but simply that their birthdays are remembered.

In any normal country the output of a factory or farm is not considered newsworthy. Here it represents a heroic labor achievement. One might add that our children are the happiest in the world, our women the most emancipated and that our citizens enjoy the best health and education systems in the world as well as the most generous social security benefits. The list goes on and on.

Superlatives on a daily basis have become a bad habit. Moderators of radio and television programs, journalists, artists, politicians and even national leaders all do it. Today’s sad reality must be masked with big-sounding words. The problem is that overstatement to the point of ridiculousness is only a step away.