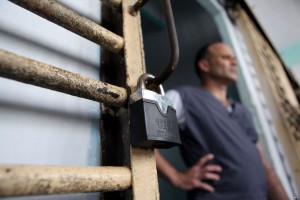 HAVANA, Cuba , September 18, 2013 , www.cubanet.org.- For approximately 15 days, several prisoners complained about cholera cases within the Combinado del Este prison in Havana. So far the authorities of the Ministry of Public Health have not reported anything.

Pedro Pablo de Armas Carrero, an inmate who leads a movement called Inner Reality from Prison (RIDP) ,created on April 9, 2013, in memory of all prisoners dead from hunger strikes in Cuban prisons, told this reporter that on Tuesday, September 17, between 7:00 and 8:00 in the morning, the inmate Iyamil Garcia Benitez, 38, from the town of Parraga, in Arroyo Naranjo, died in that prison.

Armas Carracedo adds that, when his cellmates asked the guards to help the sick man, he was already dehydrated and vomiting blood. He also says that Garcia Benitez Garcia suffered from chronic ulcers. 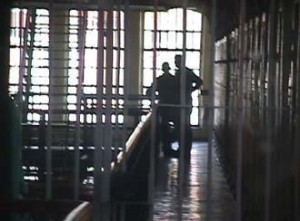 According to medical investigator Yasser Rojas, the cause of death of the prisoner may have been hypovolemic shock. The clinical picture could be complicated both by the bleeding as well as by the dehydration caused by diarrhea, a symptom of cholera.

According to information received from the prison, on 1 September 14 cases of cholera had been declared among the inmates. Ten of the contaminated were under observation in the center’s center, and four had been referred to outside hospitals.

Although casual contact with cholera-infected people is not a risk for becoming ill, in places where there is poor sanitation and overcrowding, as in Cuban prisons, the disease presents as an epidemic. The pandemic, when serious, is characterized by profoundly watery diarrhea that can lead to dehydration.

The inmates at Combinado del Este prison complain that the roofs leak from the sanitary sewer pipes. The leaks cause dampness in the 12 by 36 foot cells, where up to 36 prisoners live crammed together. The cisterns are totally contaminated by all kinds of insects and rodents. Inmates have to store water in jars and buckets. The prison was built in 1966 and has not had any major repairs.