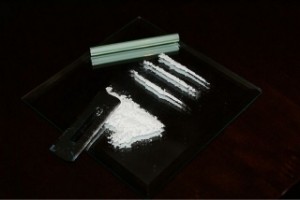 Whether the glass looks half full or half empty is the best way of describing the consumption of drugs in Cuba.  Let’s make a trip through different neighborhoods of Havana in which marijuana, psychotropics and different kinds of cocaine are sold and consumed.

Emilio has been smoking marijuana since age 13.  “My father told me, if you’re going to have harmful vices, it’s better to smoke herb than drink alcohol.”  And he not only smokes marijuana. He also sells it. Right now, he offers a Creole marijuana cigarette for a convertible peso.  Months ago he sold several ounces of “yuma” herb.”  A premium quality joint costs 5 CUC.

“Business is booming. You invest 400 convertible pesos and serving the client well, you earn a little more than half. Of course you run the risk getting caught by the police,” says Emilio on a pleasant January night.

Contradicting what was expressed by General Raul Castro in Santiago de Chile during the CELAC Summit, that in Cuba drugs do not exist except for “a little marijuana,” an anti-drug police body specialized in combating the sale and consumption of drugs operates in the country.

If they catch someone selling drugs, the criminal penalties can reach 30 years. Even a life sentence. Since 1998, combined police and State Security forces have conducted lightning operations trying to dismantle the emerging Havana drug trafficking cartels.

On these raids people have fallen that years ago were outside of the business. Like Samuel, a habitual drug addict.  “I give him anything.  When I have money, I prefer crack or sniffing powder. But these are luxury drugs. The usual is smoking herb or drinking ’methyl’ or Ketamina.”

Samuel has been to prison twice for drug possession. “I’ve never been involved in selling,” he explains.  In the old part of Havana, probably the township with the highest level of drug consumption in the country, crack and melca are in fashion.

A gram of powder is through the roof.  From 30 to 35 convertible pesos four years ago to 80 to 100 CUC that it costs today.  “And it’s flying.  The prices have shot up because of the scarcity of the product.  The police are doing a better job.  Every day it is harder to find a fisherman or farmer that will offer you cocaine from the packets that arrive on the shores,” notes a retailer.

The flow of drugs in the seas adjacent to the archipelago is intense.  Residents of coastal regions are dedicated to hunting for the stray packages because of maritime accidents or due to harassment by the coast guard when the traffickers get rid of their merchandise and throw it into the sea.

Not just the marginalized

Hitting a bale of cocaine floating on the coast is like winning the grand prize in the lottery.  A kilo of melca at wholesale represents a good quantity of money.  And that’s why many risk their hides without stopping to think about the dire consequences that consumption causes.

According to a source that preferred anonymity, another route for drugs to Havana is through corrupt recruits that appropriate a share of the confiscated narcotics.  “When they go to burn the confiscated drugs, I assure you, many times part is missing,” he says.

In the capital there are people dedicated to the retail trade.  In Central Havana crack, that lethal mix of chemical products with melca is much in demand.  Also the “yuma” — that is foreign — marijuana.  The dispensers claim that it is Colombian.

Drugs in Cuba are not just a thing of the marginal slums or incurable drug addicts.  In the intellectual world also a joint or a gram of cocaine is appreciated.  Above all among the Havana show business world.  “Reggaeton musicians and certain cinema and television artists pull more dust than a vacuum cleaner,” claims a melca” seller.

And drugs on the island are not a new phenomenon.  If in the ’80’s consuming marijuana or amphetamines was a minority thing, in the later decades, at a glance, consumption has grown.  For lack of governmental statistics, the streets speak for themselves.

When asked, ten young people ages 18 to 26 years assured this journalist they consume marijuana frequently.  They have snorted cocaine.  And they are fans of methylphenidate, a substance that is similar to amphetamines but whose pharmacological effects according to doctors are similar to those of cocaine.

Although the official press barely speaks of the phenomenon, in all the townships of Havana there are clinics for assisting people hooked on drugs and psychotropics.  An anonymous telephone number exists to help those affected.

Also, radio and television air publicity about the harmfulness of narcotics. It is evident that the military autocracy prefers to live with its head in the sand, fueling a discourse about the purity of the Revolution commanded by Fidel Castro that no longer exists.

The authorities prefer to hide stains like corruption, prostitution, and drug addiction.  But, let there be no doubt, drugs exist.  Their nonexistence in Cuba is another myth that now can be thrown in the trash can.