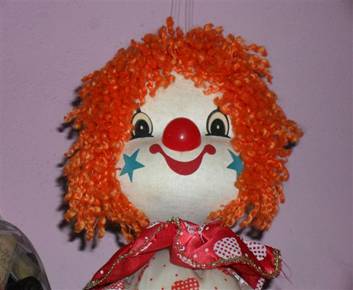 In my far-off childhood, extracurricular organizations — whether public or private — were concerned principally with sponsoring weekend trips to interesting natural locations, cultural institutions or factories.

The goal was to encourage our love of nature, expand our general knowledge, provide opportunities to attend age-appropriate entertainment events, enhance participation in sports, arrange excursions to the beach, and other such activities.

We were also involved in social service activities such as participating in public health campaigns, collecting donations for the blind, cancer treatment, park improvements and other causes. We were interested in all of them. They motivated us and taught us civic and social responsibility. We were never used as tools for political or ideological ends.

I noticed that the Pioneers of Cuba* have recently announced changes for the upcoming season of activities. It will be interesting to see if these changes are intended to depoliticize the organization by prohibiting children from participating in acts of repudiation to a reggaeton beat, public protests against the “eternal enemy” with speeches written by their teachers, gatherings in support of the “eternal commander,” and similar activities which have been routine for years. I believe these changes are intended “to test the maturity, initiative and sense of responsibility of the pioneers, and their ability to discern, decide and act.”

The organization’s designated president — an official from the Young Communist Pioneers well past the age of her members — has also decreed that beginning September 1, the season’s start date, children and adolescents will be required to condemn subversive actions by U.S. government against Cuba, and participate in actions in solidarity with the Cuban Five, the children of Palestine and other peoples. Very appropriate childhood activities, I am sure.

Why not let children be children and allow them to experience their childhoods without imposing adult hatreds? From the moment you are born, you are allotted a pioneeer neckerchief in your ration book, even if neither you nor your parents want it. Most people just go along because, if they refuse, “the road to hell” awaits them. Ironically, most of those who have emigrated or are in the process of emigrating were once pioneers.

In reality there should be other changes, such as dropping the requirement that children join the Pioneers. As things stand now, the change that has been announced simply amounts to more of the same.

*Translator’s note: A communist youth organization with activities similar to those of the Boy Scouts but with an additional focus on communist ideology. Children enter into the organization in elementary school and continue until adolescence, at which point they often join the Young Communist League. In Cuba members’ uniforms include a characteristic red or blue neckerchief.