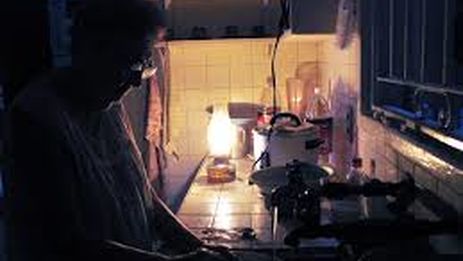 14ymedio, Luz Escobar, Havana, 21 December 2015 – “Hurry! Get in! The patient is dying,” the driver warned the young man flagging him down at the corner of Calzada del Cerro. At the wheel was Carlos Alberto Valdes, a technician from the Electrical Generators Group of Havana, who was on a mission worthy of a movie. He had to repair the power plant at the Diez de Octubre Clinical Surgical Hospital, before an eventual power failure ended the life of a woman in a coma.

Connected to the life-support equipment was a 30-year-old woman who was taken to the Diez de Octubre intensive care unit after a complicated operation carried out at Hijas de Galicia Hospital. Her life depended on one of the frequent blackouts plaguing the Cuban capital not happening, an otherwise common occurrence since the hospital’s power plant wasn’t working.

Stories like this are repeated across the island, along with others where a power failure does not cost the life of a human being, but aborts a working day, cancels some bureaucratic paperwork, thwarts a tryst, or stops a movie halfway through. Power failures continue to be a constant in the lives of Cubans, despite the Energy Revolution launched a decade ago.

Among the main programs of this marathon campaign, led by Fidel Castro, was the placement of emergency generations in places key to the economy and public services. By 2007, 6,301 generators had been installed in the country, most of them of Chinese origin, of which 3,798 are still in place.

Although they continued to be imported and installed in different locations, the number of active installations did not grow significantly. Cuba 2014: Economic and Social Landscape noted that as of the end of that year 3,855 of these pieces of equipment were working, some 10% fewer than in 2013, and they were generating 19.9% of the country’s electricity. Each of these power plants uses 198 to 227 grams of diesel fuel per kilowatt.

Technological obsolescence, lack of spare parts and the diversion* of the fuel intended for these devices have combined to diminish their effectiveness and limit their social utility. This is confirmed by the testimony of Valdes himself who, upon detecting that the failure of the hospital generator was caused by the battery, told this newspaper: “There are no batteries in the whole country.”

This reality contrasts with the 2006 comments of Eusebio Martinez Rios, director general of the company belonging to Unecamoto Group which managed the installation of the equipment in the country. The official told the official press at that time, “They can last more than 20 years before undergoing major repairs.” A decade later, the number of faulty generators taken out of service exceeds a thousand per year. The Energy Revolution is in a tailspin.

Most of the equipment was installed in economically and socially prioritized locations, such as hospitals, polyclinics, hotel facilities and water pumping stations. In the heyday of the Energy Revolution consideration was also give to placing them in multi-story buildings, to maintain the elevators and water pumps in case of blackouts, but this did not happen. In some of these buildings you can still see the concrete structures meant to serve as bases for the “power giants.”

“The problem is that all the equipment has a certain lifespan and you cannot abuse them, and above all they need to be well maintained,” says Valdes, noting that presently the company has “no parts for these electric generators.” The equipment runs off fuel oil or diesel and they are also frequent victims of vandalism and “diversion of resources.”

“When we try to start up the electrical plant the fuel has been stolen,” a technician of the Cuban Institute of Radio and Television (ICRT) told 14ymedio. He experienced a power failure some years ago that shut down television across the whole country. “It had been assumed that the generator would allow us to continue broadcasting, but we couldn’t turn it on because it was dry,” he said. It took a very long 40 minutes to get the signal back up, while viewers were left in suspense in front of the screen.

In addition to technical problems and theft, this equipment generates pollution, especially the smoke they emit and the noise they make when they are running. Complaints by residents in the vicinity of the generators have become so frequent that Jorge Alvarez, director of the Environmental Regulatory Office, said in an edition of the official TV show Roundtable that the generators “pollute the environment with fumes, noise and vibration.”

Carlos Alberto Valdes resolved the hospital’s emergency — and protected the life of the patient — by taking a battery from another generator at the Surgical Clinic and moving it to the one in need. “Robbing Peter to pay Paul,” a hospital employee kept repeating as he stood by watching. The young woman who survived didn’t even know how close she came to dying, thanks to a capricious blackout and a broken generator that wouldn’t start.

*Translator’s note: “The diversion of resources” is an expression commonly used in Cuba in place of the more accurate phrase, “the theft of resources.” The thieves are often the managers and employees of the enterprise itself, who supplement their pitiful wages with “a little something off the back of the truck “ as one might say in the U.S.