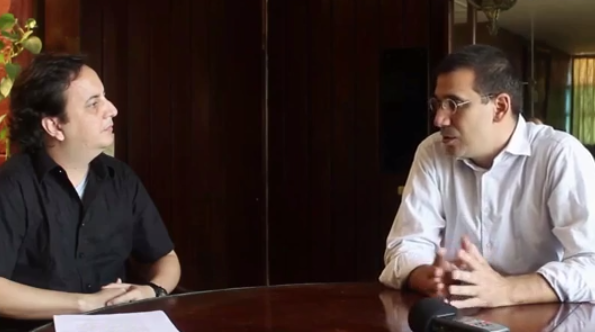 Cubanet, Ernesto Perez Chang, Havana, 9 April 2015 – The discussion parallel to the Panama Summit (Summit of the Americas) lacks the presence of Antonio G. Rodiles, because the Cuban government, very “opportunistically,” has retained his passport.

“If the international community (…) allows them to make this transition without asking anything in return it is going to be happiness for them, and anguish for us Cubans (…). Our position has been made clear against a political process, we are peaceful fighters and we believe the solution for Cuba has to be a peaceful and a political one but this must be through a clearly defined process, there must be transparency, which was not what happened (…).

“It is clear that in a negotiation process not everything is going to be said, not all points are going to be put on the table, but at least the line and the logic of what you want to accomplish should be, and so far we have not seen that Cubans’ civil and political rights are the end point of this conversation, and this is what overwhelmingly concerns us.”