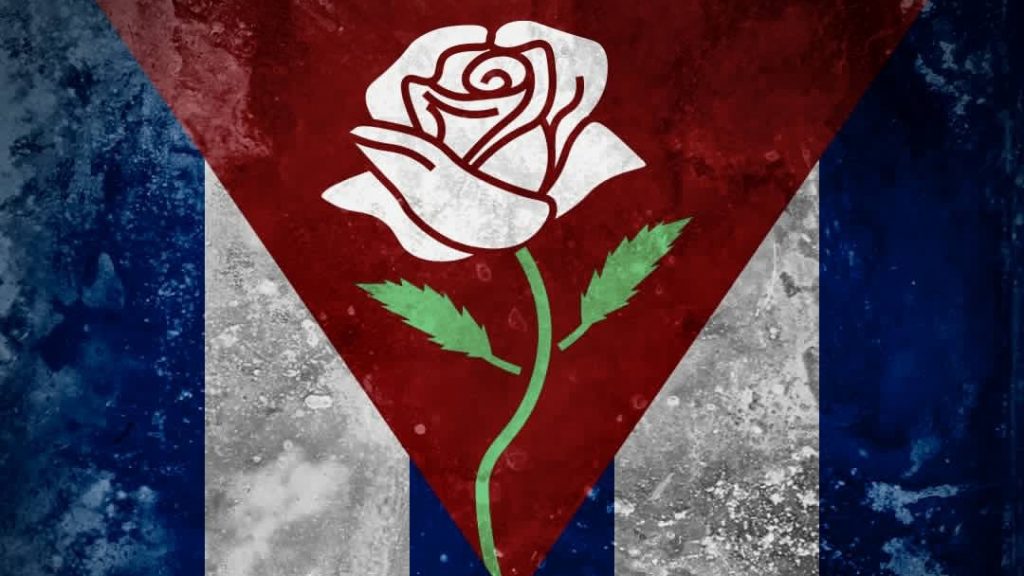 Jeovany Jimenez Vega, 22 November 2021 — Yunior García Aguilera was showered with caustic criticism once his departure for Spain was confirmed. These scathing accusations find their foundation, I believe, in that mental conditioning imposed by decades of Castroism according to which any departure from the country will necessarily be potentially final.

In a country where hundreds of thousands have left never to return, such reasoning implies for many the unfounded conclusion that his trip to Spain meant an irreversible abandonment of the Cuban political arena, even though he himself has clarified that he traveled on a tourist visa, that he has not applied for asylum and explicitly insists on his intention to return home.

That the young man from the Archipiélago platform did not stay in Cuba to risk it is a coward for that? Discounting the fact that he was absolutely prevented from doing so by the police siege, a good question for you who judge him would be: have you perhaps accompanied a Lady in White or the UNPACU in any of their recklessness when in those same streets they have defied the dictatorship?

It is true, Yunior did not immolate himself in front of his house against that mob to keep his word, but again I would ask you: have you witnessed, or been the victim of any act of repudiation? Do you know what it feels like? Did you ever come out in defense of your good opponent neighbor, decent people, against the mob to share in the retaliation like someone who shares a good cup of bitter coffee? If the answer to those questions is a presumable no…

Listening to the admirable clarity of Yunior’s convincing speech, the successful way in which he delved into the sores that hurt the dictatorship the most in his press conference in Madrid, I have ended up wondering if his activism will not be ultimately more useful to Cuba by his offering these devastating denunciations — amplified by this unusual media focus recovered after the relative oblivion that followed July 11 (11J) – silenced behind the bars of Castroism.

In this regard, I have few doubts, although his point of view regarding the US embargo on Havana deserves a separate comment: its lifting would not result in greater well-being for the people of Cuba because the embargo is not the cause of their poverty, rather the cause is Castroism. If the sanctions are lifted, it would only happen that the thieves would steal more and the policemen would be better armed, nothing more. On this point I consider myself unyielding.

The battle raised by Archipiélago is not part of a new war. In no way was the political opposition against Castroism born recently in San Isidro, nor last November 27 in front of the Ministry of Culture: this has been a long struggle that began in the mid-1980s, passed through the subsequent initiative of the Cuban Council, and has known a long trail of atrocities that the most notable voices of these emerging platforms, Archipiélago included, seem unaware of when they omit the most relevant names in their speeches.

Names of militants or opposition organizations that for decades have left their skin in the streets and prisons of Cuba — and to ignore that is something that can be read as an act of puerile arrogance, but also as an unhealthy intention to shift media attention to the frequencies of the dial less hostile to the regime — all of which raises justified suspicions, especially when later some light dialoguers prudently distanced from that frontal opposition propose with presumed candor the lifting of sanctions against Castroism.

One week from November 15 (15N), all that remains is to extract lessons and make a dispassionate balance of costs and benefits. Let’s start from the criterion that when someone makes a call to action that reaches a resonance like this, they must also be willing to assume the consequences of their act.  I think that once a war cry has been raised, one should return from battle with the shield or on the shield. My convictions dictate that once the ships are burned, Samson must burn on board with all the Philistines because a war, when it is authentic, must be launched irreversibly and totally or not be launched.

Before challenging a Stalinist-style totalitarianism such as Castroism, you must properly calibrate the monster you are facing. You should know that when you get in the way of a train it will be the crushing impact of a train that will hit you and never a bouquet of white flowers.

An absolute gain of 15N? Having confirmed that with Castroism the possibilities of an authentic dialogue are buried in stone, and furthermore that if the regime managed to frustrate the march it was only by resorting to the total militarization of the country — when not even the diva on duty, Humberto López, managed to evade the police siege — all of which reflects the state of ungovernability generated by the late-Castro gerontocracy. Today the political credibility of the dictatorship is wallowing with historic lows in the quagmire of discredit and if 11J was its final plebiscite of disapproval, the coup de grace that was missing was this 15N.

However, when I see Yunior calling to dismantle the romantic myth of the bearded vigilante that, from the stands of the outdated left, still harms millions of Cubans so much, while emphasizing that he does not aspire to become an idealized bronze statue, I refer once again to the core of the Cuban problem: that damned messianism, our constant need for a savior who arrives on the back of a glorious white horse to serve us the freedom of Cuba on a silver platter, as if we Cubans deserved that providential twist of fate.

It must be that after so many ration cards we end up believing that freedom will come to us, also free of charge, by cosmic predestination. It will be that by expecting everything from state paternalism we also end up waiting for the arrival of some chosen one to unload on him this responsibility that must touch everyone, which will always be, in principle, doomed to failure.

No one can handle such a load. For this reason, let us not blame Yunior García for the fact that Castroism subsists against the will of the Cuban people, nor should we blame the next elected party just because our laziness or our cowardice so determine.

The true solution to the Cuban problem lies in assuming our common responsibility, and it will come only when as a people we gain a mature awareness of our civic duty to the country, assuming all the pertinent risks and paying in advance, at the fair price, for each freedom conquered.