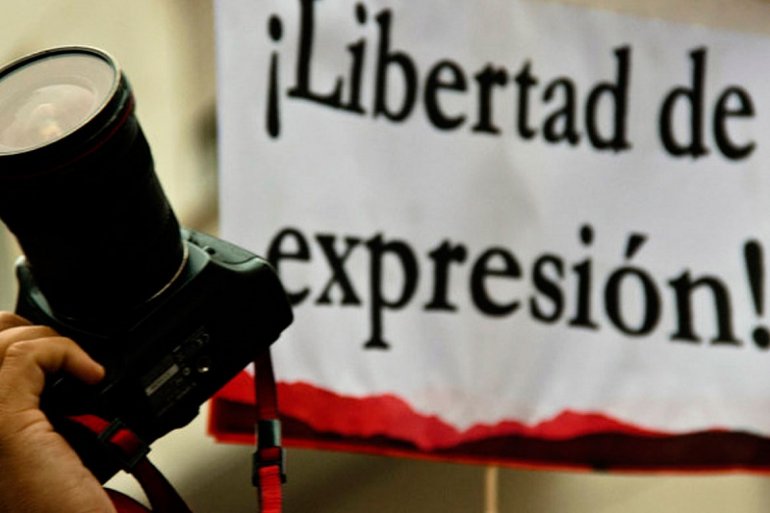 Luis Felipe Rojas, 11 November 2016 — The answer is simple. Because we are a country at war with the media for almost six decades.

To speak of the green shoots of happiness, in the midst of hardships and political harassment, is little more than to put our heads in the sand. The dictators don’t believe in these brushstrokes, which they use at their ease.

The official journalism that directs the eyes and ears of the people has had an alternative for some time. It is independent journalism, which calls itself free, but it has had to suffer harassment from the State, prison and exile.

In recent times “alternative” journalists have appeared who come from officialdom or perhaps perform a few pirouettes, and they have said loudly that they prefer to narrate, to describe the country, to do research, before joining the “barricade.”

Of course, now this barricade-designation is added to previous expletives: “mercenaries,” “at the service of a foreign power,” “traitor” and others.

As I write these notes the young human rights activist Alexander Verdecia has been condemned to two years in prison; he is a young man who lives seven hundred kilometers from Havana and has been accused to posting signs against Raul Castro in Rio Cauto.

In the old Miranda Center, a rickety sugar factory from the early 20th century, lives Ariadna Alvarez Rensoler. She protested a month ago in support of a woman in her family who, in turn, had engaged in a hunger strike. Two weeks later they summoned her to a local court in the “J.A. Mella” municipality of Santiago de Cuba and imposed 6 months of home confinement.

The scene is this: Ariadna is four months pregnant and the prosecutor — a woman like her — hurriedly reads the sentence written in an almost police language. “They didn’t let me have a lawyer,” she told me in a phone conversation.

In Palma Soriana, also in Santiago de Cuba, the police put the siblings Geordanis and Adael Muñoz Guerrero behind bars, accused of the same thing, but they were taken to prison, condemned to one year and six months, respectively. It was a summary trial. Their family was not notified. There was no due process.

The young Catholic Juannier Rodriguez was handcuffed behind his back, they raided his home and took him to four police stations in three days. Rodriguez distributed some baskets of humanitarian aid for the victims of Hurricane Matthew in his native Baracoa, helping the nuns of the Sisters of Charity order. They took him very far from Guantanamo. Then left him in the outskirts of Santiago de Cuba, at ten at night, to get home under his own power.

Dagoberto Valdés Hernández, a restless and outspoken layman, has been summoned twice to police stations in Pinar del Rio, in less than a month.

Valdez directs the Center for Coexistence Studies. A kind of home where one can learn to be free and sovereign, and doing this in Cuba is a serious crime. They gave him two police summons and twice the Catholic and human rights activist published them on his Facebook account.

The second time they threatened him directly. “Starting now your life is going to be more difficult,” said a political police official with the rank of first officer. Valdes was not allowed to defend himself and has nowhere to go where he can be assured of being defended and not threatened.

These actions were performed by some men in plain clothes, with official State Security IDs who on most occasions were accompanied by uniformed police.

People do not say anything, they shrug their shoulders as if the victim did something bad, for not sitting still, for not bowing his head, for not smiling when the stick rains down on the beaten.

Describing these horrors is called “journalism of the barricade” or “yellow journalist” and in most cases they are accused “of playing on the enemy’s side.”

Why doesn’t a journalist question the victimizer? The institutions have the gag of the fifty-seven years of the olive-green revolution and its leaders never show their faces if it’s not to deal with the violators.

Why not do journalism of the barricade?