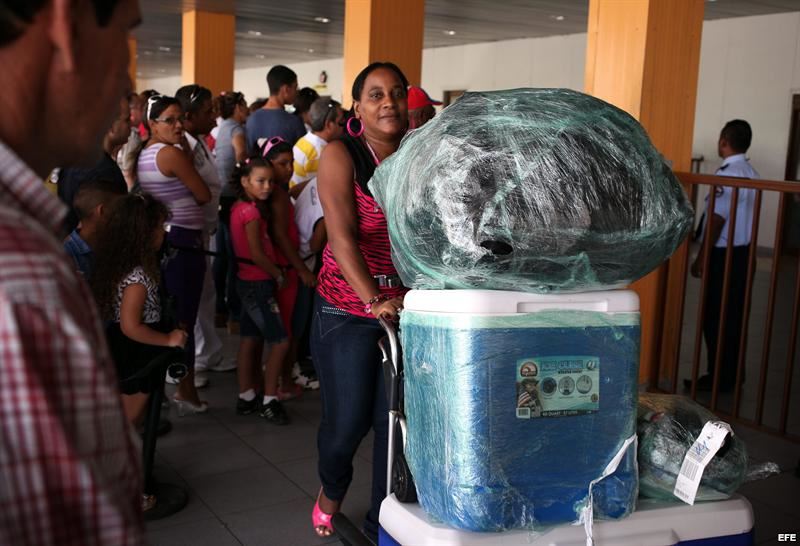 (April 2104) In Cuba, smoke doesn’t always mean fire. Often it is a stragegy to confuse.

This time the smoke comes to us from the Republic’s Customs Office, when last week, on its official website, it published an “updated” list of the entities authorized to make shipments to Cuba.

The Customs memo alludes to two groups of businesses.  The first consists of five agencies that carry out messenger and parcel service within Cuba; they are Cubanacan Express, CubaPack International, Transcargo, Aerovaradero, and the International Exchange and Messenger Business (EMCI), previously CUBAPOST which for legal reasons had to change its name.  For some reason that I do not know, they omit the Palco Freight Agency which operates under the command of the State Council, belongs to the Conventions Palace and offers identical services.

The second group cites the only 16 agencies authorized to send packages from abroad to Cuba, another deliberate oversight, the figure is not so exact, because all of them can offer the service and in fact they do so, to other agencies without this constituting any kind of alteration to the contractual act.

In order to understand why the government confuses us, and this is as clear as mud, we must cross the border that delineates the taboo topic and even the complicities.

It is normal, and I almost understand it, that a good group of fellow countrymen fly with some regularity to the island carrying foreign packages.  Some do it because of necessity, and to relieve travel expenses; other develop that activity in order to earn a living; easy modus vivendi.

There is no doubt, any traveler with bundles–including the so-called “mules”–brings more money to the island’s government than to their own travel agencies.  The pay dirt is in the cargo, in the packages that are sent and not in the passenger; so, why does Cuba impose obstacles to the point of choking the charter agencies which have already reduced flights and limited destinations?

Moreover, the Cuban authorities impose impediments and deny authorization to fly directly to Cuba to the agencies that have permits from the United States treasury and commerce department to send messages and packages to Cuba.

Here is the question, if according to them, the United States is the one who imposes the embargo, why always raise an objection to an opening as small as it may be? What is Cuba trying to do?

Simple, brutal and twisted. Those who rule in Cuba know that it is not weapons but bullets that kill. They are not interested in the charter flights and they are trying to break them or make fewer fly to the biggest of the Antilles Islands because the strategy is to create much more bother and discontent in the usual victims, the separated families, in order to better manipulate and use us as gladiators against the embargo law. They are bearing down, and doing their best, so that between Havana and Miami there only exist regular flights by airlines like American Airlines, Jet Blue or even Cubana Aviation itself.

Politics, always politics. If it were not for this reason, why does not the Customs Office, and the “always humanitarian” revolutionary government, today issue a tariff payment exemption for the non-commercial cargo that travels from abroad to our families in Cuba? That would be a credible beginning.