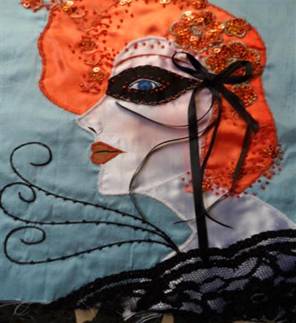 After reading an article, “Not Very Anomalous Anomalies,” published in Granma on November 7 and written by journalist Pedro de la Hoz about Halloween, cheerleading and those little stars-and-stripes flags, I couldn’t wait to get to my laptop to respond and refresh Mr. de la Hoz’s memory.

First of all, it should be pointed out that for some years now a small group of young people — and others not so young, myself included —  have been celebrating, as best we can, not only these but many other dates that have become as intrinsic a part of our culture as Christmas, Christmas Eve and the Feast of the Epiphany — holidays which were  banned for fifty-six years.

Though we are part of a global village, each country manages to keep its own traditions alive without being too worried about adopting new ones from other continents. A good example of this is Japan. Attractive, pleasant and joyous customs are not imposed by decree; they are assimilated spontaneously.

This is not the case with the well-known yellow ribbons, which have been imposed on us in schools and workplaces by the Committees for the Defense of the Revolution, labor unions and the Communist Party, yet which have nothing to do with our cultural heritage. Not to mention that they come to us via that famous enemy country which our media rails against daily in spite of the fact that Cuban artists, intellectuals and athletes continually turn to it in hopes of improving their lives.

College students at CUJAE and even the University of Havana organized their own Halloween festivities. It was also celebrated by the musicians at the Tropical, at the 1830, at the Diablo Tun Tun and at the Hotel Capri’s Salon Rojo, which to my mind is perfectly fine since they were options one could freely choose.* Also, as far as I can tell, none of these locations would be considered sacred, so where is the anomaly?

Translator’s note: CUJAE is a Cuban university that offers a variety of engineering degrees. The Tropical and the Salon Rojo, or Red Room, are Havana nightclubs. 1830 is a Havana restaurant and salsa club. El Diablo Tun Tun is a piano bar and musical venue.