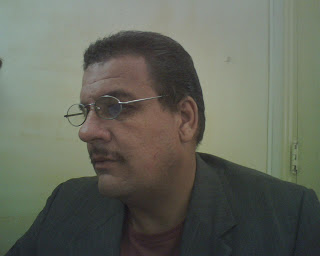 The U.S. State Department’s annual report on religious freedom in the world noted a slight improvement in Cuba, but placed the country as one of those who remain on the black list, along with China, Iran and North Korea.

Cuba improved in practice, says the document, but it also presents the complaints of groups and independent pastors who claim to be monitored by the government and suffer occasional arrests.

Pastor Manuel Alberto Morejon Soler, general supervisor of the Christian Alliance and a resident of Havana, has a different view. To Morejon, the Office of Religious Affairs and the Cuban Council of Churches (CIC) come together and help each other with censorship and surveillance.

The pastor, who is defines himself as an independent, says that “only the official churches are benefiting from the support of the Office of Religious Affairs [of the Cuban Communist Party] and CIC, as the Bibles and other resources entering the country and are distributed by these entities.”

A year ago, this pastor, with the ’apostle’ Carlos Montoya Palomino, of the same denomination, asked to attend some meetings of the ICC in the interest of evaluating whether or not to join it. It has been over twelve months and they have not yet been sent the official invitation.

“Several years ago the Cuban government froze an account of $ 26,000 belonging to the Seminary of the West Baptist Church in Villa Clara, and that nothing is said about this,” the pastor reported.

Morejon Soler does not see the improvements highlighted in the State Department report and he believes that the 2012 reporting period, “was very repressive.” While there is a refusal to allow independent churches on the island to have their own media, churches and other denominations covered under the umbrella of CIC may buy cars, rent phone lines and enjoy other benefits.

The Christian Alliance received an offer to transfer the donations they received in the United States, but finding themselves in a legal limbo, they are unable to issue paychecks, according to pastor Morejon. He concludes, “They are not just bureaucratic procedures, rather they are very sophisticated and have us tied hand and foot.”

Having Faith is a heroic act

Carlos Montoya Palomino believes that faith in Cuba is a luxury. He says it as someone who has gone through numerous vicissitudes.

It is precisely the “Lack of an Act of Worship and Religious Association that gives human beings the right to wear their faith freely clearly that makes it more difficult to live full freedom in Cuba,” Montoya adds.