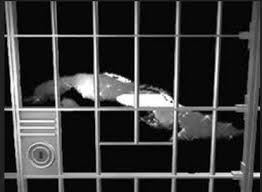 Guamajal-Hombre prison, in Santa Clara province, was put under quarantine because of several cases of dengue fever. The warden of the penitentiary has suspended family and conjugal visits. Undoubtedly they want total isolation so that the information does not get out.

The solution is evacuation because according to the inmates themselves, under the buildings there are piles of feces and urine, due to the old sewers which have never been repaired. This doesn’t matter because what’s important is comments and opinion; inmate health doesn’t matter at all. Excuse the obvious.