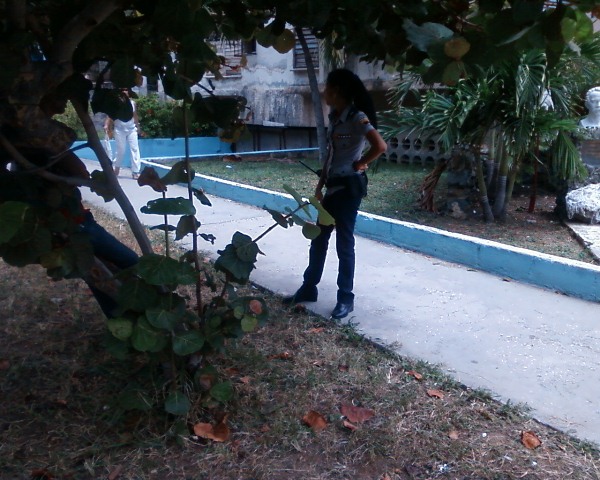 It’s been a while since I blogged. I’m wanting to learn to write articles on the reality of my country. Reality is complex. It’s based on a discourse, and our thinking is a discourse. The panopticon described by Michel Foucault in Discipline and Punish, was implementable in hospitals, prisons and insane asylums and totalitarian societies are a little bit of all these. Yesterday I talked this over with a friend.

During the day I was in a taxi at a stoplight and while the light changed I noticed the car that came up beside us. The classic employees and civil servants of the State were  arguing over papers, probably receipts. I saw this happen so many times in my father’s work. Then they divided up loot. They settled with food. How disgraceful. But we toasted at the end of the year with Chivas Regal. Brought directly from the warehouses of Guatao. My father was a decent man, in other circumstances he wouldn’t have accepted the whisky, the Spanish nougat, or the meat to celebrate. “I had a family to feed,” this is how the Cubans excuse themselves. This is how the dictatorship lives. How it is prolonged. With terror and corruption. This is only going to change on the day that we Cubans make it stop. The day we strike to demand dignity. Here, and personal. 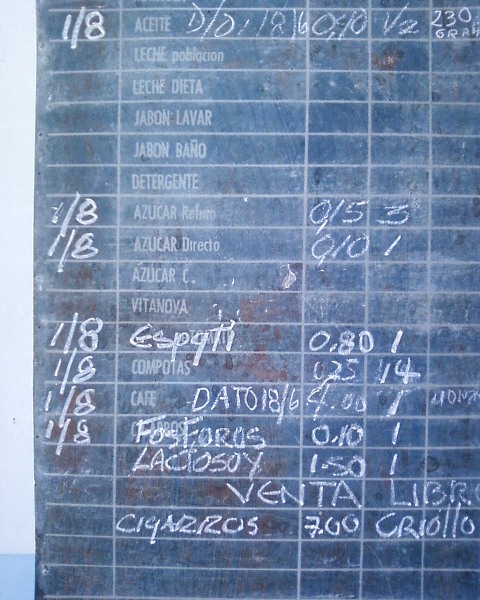 After 8 at night, they were broadcasting Chancellor Rodríguez Parilla’s speach. More of the same. The deceiving bet of Latin America on Socialism.  What a venture. After that it could be half a century before we reach the yearned-for liberty. Why don’t I give more time to this dictatorship. Be careful with wishes in the right mailbox. Mine always come true.