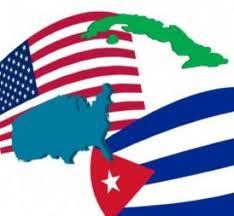 Before the Portuguese awning maker and salt merchant Matias Perez* disappeared in the world, already Cuba and the United States were maintaining solid ties, including cultural exchanges, which continues being today an important part of our history and identity.

Just by glancing we can find Cuban elements in American culture and vice versa, so much so that “Cuban-American” is the highest expression of that cultural ethnic fusion between both nations.

The cultural reciprocity was frequent, artists came and went constantly. The thing got complicated during the first half of the 20th century when both governments–and I’m going to tell the truth, like it or not–began to have a relationship based on political principles so conflicting that paradoxically they made the arts sector, that of the expression of the spirit and creativity, a prisoner of circumstances.

The Cuban Government historically has used art and culture as a machinery for social control and as influence, as much national as international. Today, in the era of globalization, the internet and social networks, much more so.

It was for this purpose, and in order to undermine with patience and subtlety the controversial law of the embargo, that at the end of the ’90’s the “Battle of Ideas” was created, a real strategy that built new masks.

In 1998, with a depressed economy and more than fifty percent of Cuban artists unemployed. The financial strain was such that it managed to break even the connection with inspiration and many important names decided to emigrate. But this time, the Cuban Government was not prepared to lose so easily its cultural heritage.

For such purpose it invented the figure of the “independent artist,” a category that still permits them to enjoy more of the destination than the trip, to give them the possibility of, paying a paltry sum of Cuban pesos, establishing legal residence indefinitely outside of Cuba, even in the United States, without losing the status quo.

Other less well known artists also managed to find a legal loophole, many times covered in false work contracts that they get weaving a net of bribes, in order to be domiciled outside the island.

That is how various actors, writers, filmmakers,  musicians, artists, dancers and even lecturers leave Cuba, like they left the mango marmalade the coffee, and the guava shells, to produce in liberty.

On living outside the island, these artists hold accounts abroad. Today they come to the United States for cultural exchange, they act, they triumph with poses of lofty urban climbers, and although none of them says it, nothing keeps them from collecting. The embargo law sanctions sending dollars to Cuba; not so the rest of the world.

As a Cuban, I don’t like to stimulate the climate of hostility that separates us as a people and that also serves as a political and economic platform for groups that manipulate us from both shores of the Florida strait.  I believe that contact with exponents of the culture coming from the island is a good thing. I am in favor of exchange; but not this lie that turns it into contraband.

Translator’s note: From Wikipedia: Matias Perez was a Portuguese born, Cuban resident, who started a canopy business in Havana in the 19th century. He was carried away with the ever increasing popularity of aerostatic aircraft, and became a balloon pilot, ascending at least three times before he disappeared while attempting an aerostatic flight from Havana’s Plaza de Marte (today, Parque Central) on June 28, 1856. A few days earlier he had made a successful attempt, flying several miles. His second try, however, became part of Cuba’s folklore: when somebody or something disappears into thin air, Cubans say: “Voló como Matías Pérez” (it flew away like Matias Perez)