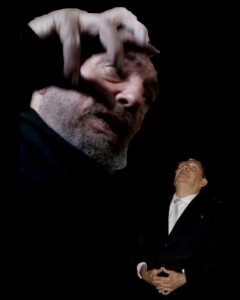 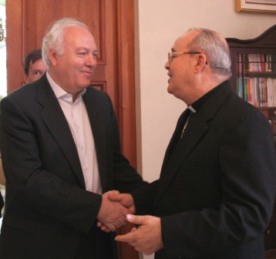 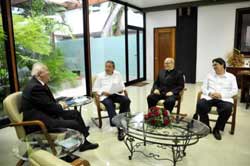 If we start from the struggle between the military authorities and the peaceful opposition in Cuba, the first, supported by the Spanish government and the second with the Catholic Church as occasional intermediary, the recent release of five political prisoners and the transfer of six to their home provinces is a first step in the tunnel test, i.e. the search for light on the issue of human rights.

To this type of first-time Goal, we add the announced released o the remaining 47 prisoners of those from the Black Spring of 2003, which approximates a win for the goal of rationality, but is not a definite penalty because it lacks some corner kicks and a lot of pressure on the government to release all the prisoners of conscience and to modify the laws that penalize the opposition and justify the existence of the cards — white, red and yellow — against the thousands of people who try to survive on the margins of the State.

More than 140 political prisoners remain behind bars, not counting those sentenced for defending civil rights but charged with alleged common crimes, such as social dangerousness, assault, or receiving stolen property.

We are looking at a positive gesture from the government, influenced by hunger strikes, the marches of the Ladies in White, denunciations of the human rights violations, the internal economic crisis and the international disrepute of the regime, which seeks legitimacy to get external credits and to get the European Parliament to lift the so-called Common Position, which would improve its image and allow it to concentrate on the country’s basic problems, immersed in collective misery and generalized repression as it is.

But there is a history of prisoner released that eased the humanitarian crisis, without affecting the structure of domination established in the name of a Revolution that hit bottom with the Sovietization of Cuba, in the mid-seventies. From 1977-1979, the prison bars opened to more than 3,660 political prisoners. In 1998 101 prisoners of conscience were freed after Pope John Paul II’s visit to the island.

Such antecedents generate skepticism among groups of exiles and leaders of the opposition, who perceive the prisoner releases as a new media landscape with political purposes and faces far from the real actors: the peaceful opposition facing the military government.

It’s certain that neither the Havana Archbishop — Jaime Ortega Alaminos — nor the Spanish Foreign Minister — Miguel A. Moratinos — suffer the effects of the problem, but their intervention constitutes one point of the island’s political triangle, where the powers-that-be represent the point that exclusively moves the pieces, when they sing songs of protection and their adversary is approaching the goal.

The release of the prisoners of conscience shows the weakness of the Castro regime. Perhaps the beginning of the end, but it is hasty to think that it represents an essential change in the transition to democracy. There are no social changes without internal movements and international pressure. How do we access the highway of freedom without throwing off the blinders of fear and the masks of the group anchored in power? The path of light passes through the test tunnel.