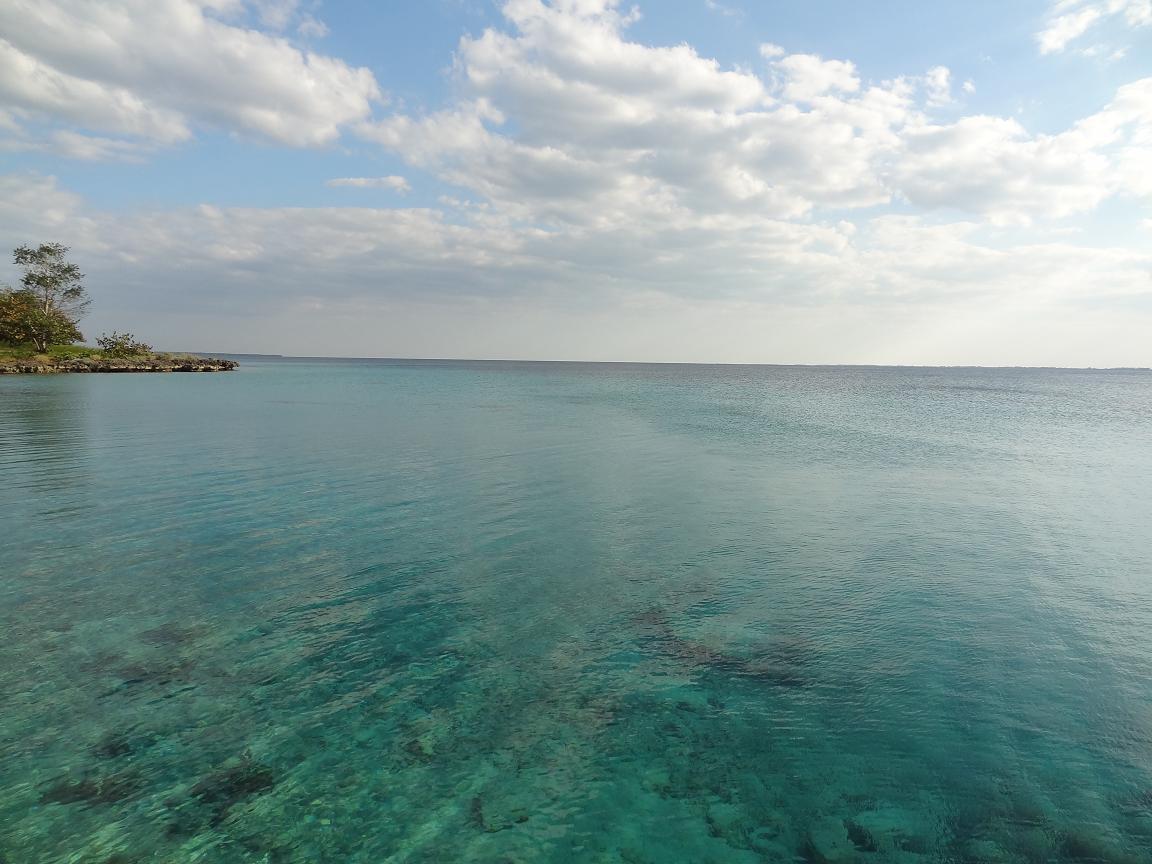 I came to Cienaga Zapata — the Zapata Swamp — a few days ago, without housing or transportation or mosquitoes or crabs on the roads, only with guidance from a battered map and the goodwill of all the swamp dwellers I found along the way. I wanted to go to Giron (known to Americans as the Bay of Pigs), to Playa Larga, to talk with Nemesia, see crocodiles and coal, and to know the depths of the Zapata peninsula, where my map showed the names of hamlets. I did almost everything, except the last. In this April, those people who were never bombed, don’t exist today. They’ve gone.

There are two swamps: an exterior one all along the road from La Boca to Playa Giron and Cayo Ramona, a swamp dotted with private restaurants and rooms-for-rent in well-painted masonry buildings, in Pálpite, Playa Larga, Caletón or Girón, where people live hoping for the tenuous capitalism that is permitted and a tide of tourists. It is their sensible businesses that support the relative prosperity of the swamp dwellers.

It’s true that in Cienaga there are a hospital, schools and roads, and that the majority of its communities have regular transport. There’s a computer club but no Internet for Cubans because they have no right to is anywhere. There are a civil registry office, bakery, electricity, police, forest rangers and others who work for the Ministry of the Interior — detecting illegalities among ordinary cities, blind to the high officials. There are hotels, campsites, museums, a bookstore, snack bars, a theater group, and a video place. It’s true that almost none of this existed in 1959. So far so good — although the stench of the montage in the showcase is unbearable.

And is this enough for a human being? After 54 years of continual sacrifice, will all the prosperity that the people of Cienaga aspire to be contained in the badly delivered basic services, and a discreet comfort that, at the first opportunity, makes them put out the “for sale” sign and get well away?

But you have to shake your head in amazement when you compare the privileged places of the swamp, with those outside the tourist route.

Because there are villages in Cienaga — the real one, not the tourist or museum one — with no phones, no cell coverage, like the remote Santo Tomas, where electricity comes from a plant that runs a few hours a day. There’s a doctor, a little school with a teacher and computers but no Internet, a video place where you can only see what’s permitted, prefab cottages and a social circle with rum and cigars.

That’s better than nothing, of course, if a person doesn’t have the spirit of progress and children don’t mind getting older in the same conditions in which they were born. Those places have fixed transport once a day, and to get to civilization they have to pass through dust or mud, depending on the season.

So, naturally, people flee from Santo Tomas, Guasasa or La Ceiba, gloomy villages becoming deserted, because they fugitives suspect they will never improve their lives.
“What you see here is the work of the Revolution,” says a billboard to the right of the road at the entrance to town of Cienaga de Zapata — Zapata Swamp. I would add “What you DO NOT see here, is also the work of the Revolution.”

What is most needed in Cienaga? For starters, what I say in everything I write: Freedom. Freedom in the economic initiatives of the people, who can only engage in certain businesses; freedom in commerce and property; freedom of information, assembly, association, education and labor unions …

On this trip I couldn’t see any crocodiles, free in the wild, even when I went into a channel of soft and nauseating shores where something splashed from time to time. A child told me that in the old villages of the Zapata Peninsula they no longer see crocodiles: they’ve fled from the people. I thought, you don’t see people either: they have fled from despair.

This Revolution over the same Cienaga for such a long time, weighs it down. And little by little, it is sinking.