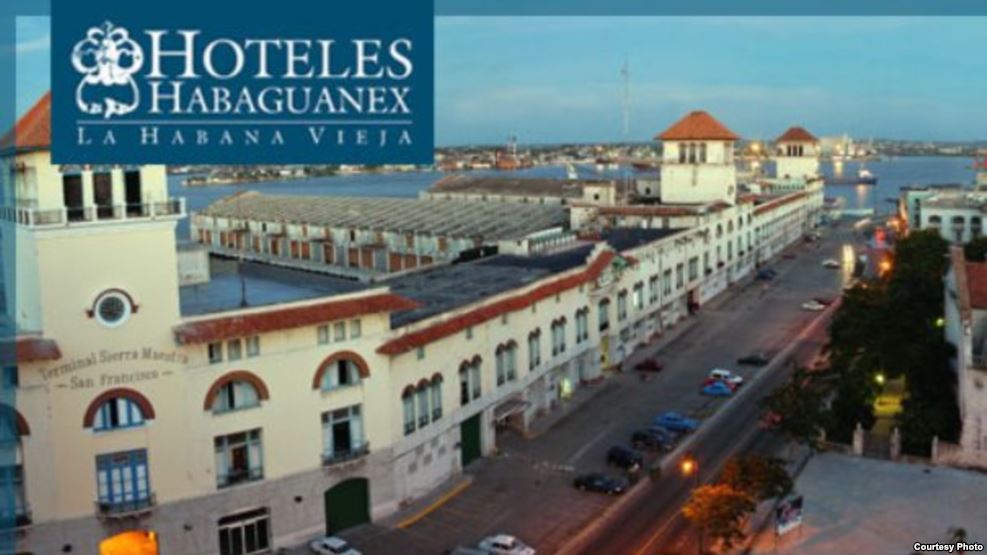 Juan Juan Almeida, 14 June 2016 — Capitalizing on the ill health of Dr. Eusebio Leal* to further strengthen its commercial and business supremacy over every corner of the island, the state-owned tourism company Habaguanex will in one day, October 30, assume ownership of the historic heart of Old Havana. The area will be completely controlled by that hotbed of Cuban predators, the Business Administrative Group (GAE), run by the Revolutionary Armed Forces of Cuba (FAR).

There have been numerous leaks regarding the investigation by the Comptroller General and the Council of State into the company, named for Havana’s 16th century tribal chieftain, with evidence pointing to a missing millionaire and alleged corruption in the central warehouses.

“It is common practice for corrupt officials to inspect, discard and then sell new and recently installed equipment from the company’s hotels, hostels, office buildings, stores, restaurants and cafes. But turning Habanguanex into a subsidiary of Gaviota [the state-owned tourism conglomerate] is one of the most brazen and underhanded measures ever taken by this military-run corporation, headed by General Luis Alberto Rodriguez Lopez-Callejas,” says a source close to the high-profile investigation.

Obviously, its much-talked-about corrupt practices such as parallel accounting have tarnished the compay’s already diminished credibility. But more ominous than its corruption is, I believe, that GAE’s takeover of Habaguanex amounts to a dangerous expansion whose clear purpose is to create a monopoly.

The acquisition of the tourism company will be beneficial to military leaders, who have new financial incentives. It is a subtle way of buying without having to pay and will allow GAE to enter this market sector. It also hands over control of the most profitable and best known commercial real estate in Cuba, Old Havana, which has become a must-see stop for nostalgic Cuban nationals, international celebrities, foreign heads of state and curious tourists. It is also evidence of the fierce grudge General Raul Castro has long carried for the ailing, hard-working and talented Havana historian who, thanks to his efforts and those of a large number of Havana citizens, demonstrated that it was possible to save the Cuban capital’s patrimony, an achievement that has earned it the honorary title Wonder City.

The brutal and ruthless seizure of the historic heart of Havana by the Cuban military — an act that some describe as a “Triple A” strategy (appropriation, audacity and ambition) — does not, for now, does envision a role for another Raulist organization: the Office of the Historian. But nothing is left to chance. All predators use two basic techniques in approaching their victims: surprise and fatigue. To these ends, they have installed, without grace or mercy, the ungainly General Quiñones as the head of transport for this prestigious office, a man who formerly served as head of Counter Intelligence for the Ministry of the Interior.

*Translator’s note: Leal served until recently, holding the official title Historian of the City of Havana, and directed the restoration of Old Havana and its historical center, now a UNESCO World Heritage Site.